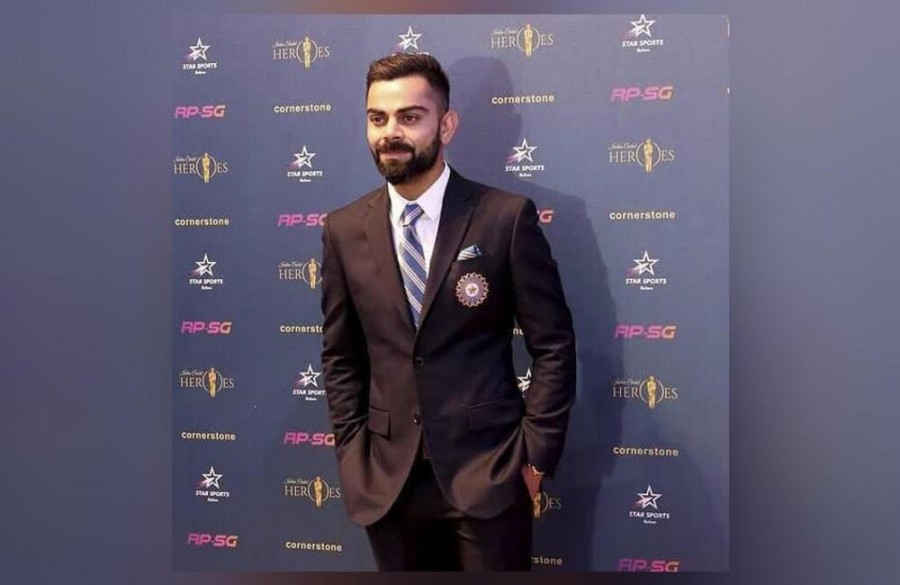 India captain Virat Kohli is the only Indian to feature in Forbes World’s Highest Paid Athletes’ List of 2019, which was announced on June 11. Kohli is currently leading the Indian team in the ICC World Cup 2019 in England and Wales, where the Men in Blue have won both the matches they have played.

The list which sees the Barcelona and Argentina football stalwart Lionel Messi heading the line. Messi unearthed Floyd Mayweather and makes it to the top for the first time. Portuguese footballer Cristiano Ronaldo, who moved from Real Madrid to Juventus last season, is ranked second, while the Brazilian and PSG footballer Neymar is on the third spot in the Forbes’ list. Messi has total estimated earnings of $127m, while Ronaldo has estimated earnings of $109m.

Virat Kohli moves down from 83rd to 100th spot

Virat Kohli has been placed at the 100th place. According to the Forbes 2019 list, Virat Kohli is estimated to earn $21m from endorsements and $4m from salary and winnings, taking his total tally to $25m for the last 12 months. The right-handed batsman was at 83rd spot in the 2018 list of Forbes. This despite the fact that he had an increase of $1m in his income.

The India captain is certainly among the most popular cricketers across the globe and the no.1 ranked Test and ODI batsman in the world, Kohli has a host of endorsements with some of the biggest brands in the sporting world. He has big money deals with brands like Himalaya, Uber, Google Duo, Puma, Hero Motocorp, his own apparel brand Wrogn, Muve Acoustics, and Audi to name a few.

Meanwhile, Tennis star Serena Williams is the only female athlete in the top 100 at the 63rd spot. With an endorsement earning of $25m and pay from salary amounting to $4.2m, Serena’s estimated total earnings over the last 12 months stand at $29.2m.