News / Vivek Oberoi: PM Narendra Modi is not a documentary, I'm not here to present facts 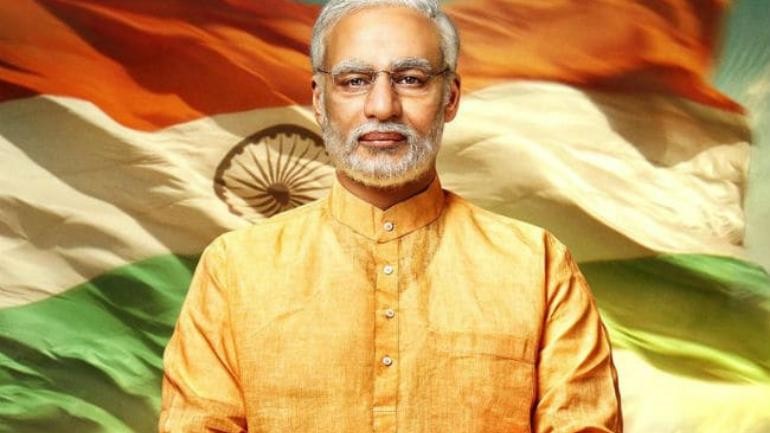 Now that the Lok Sabha elections are done and dusted, PM Narendra Modi biopic will finally make it to the cinemas after the Election Commission barred its release at the nth hour.

The EC submitted a 20-page report to the Supreme Court in which it defended stalling the biopic’s release on the grounds that it produces a political environment where an individual acquired cult status and so glorified was Modi’s depiction that it would tilt the electoral balance.

If one is to by the exit polls, then Modi’s real life performance himself was enough to sway the public opinion.

Vivek Oberoi, who has been running about from the courts and EC office to TV studios, is on a promotional spree again after almost a month. He talks about his days as a student politician, EC’s criticism of his film and the new season of Amazon Prime show Inside Edge.

Why do you think your film hasn’t received as much support from the film industry?

Fear. The industry has always been a soft target. So they don’t get into the crossfire of anything that’s political. Clicking a selfie with the Prime Minister is one thing, but probably standing up for a film that is in some way threatening or making an opposition insecure across multiple parties across India is another. There was one mahagatbandhan standing against my film. From Sharad Pawar to Stalin, all wanted to ban my film.

Were you always politically inclined?

Generally people say that retired actors become politicians. I think I am a retired politician who became an actor. What people don’t know about me is that I was a very successful student politician. I was the general secretary of Mithibai College [in Mumbai], then University representative. I won elections at Bombay University and became GS there too.

I stood as an independent because I refused to bow to other people’s agenda. It’s probably the same reason why I don’t enter active politics. I have been offered an MP ticket from national parties to regional parties. For me it is difficult to tow a political line that’s not mine. Say if I belong to a right-wing party, and one of my senior politicians makes a humiliating statement about women or a divisive statement, to me that’s unacceptable.

Why not contest as an independent like actor Prakash Raj did this time?

He’s a very big name. But I don’t know how much work he will get done. I believe that you can operate the party machinery and influence it. In the last 11-12 years so much of my work in the social sector has been possible because I have been away from politics. I have built three schools in Uttar Pradesh. We have rescued 2,200 girls under Project DEVI (Development and Empowerment of Vrindavan Girls Initiative) over last decade.

The Election Commission has given a harsh critique of your film calling it a hagiography’. Your comment.

The first thing I did was look up the dictionary to find the meaning of hagiography. I wondered how many of these people who sat and watched my film have any experience in cinema or are well equipped to critique a film. I believe they are Election Critics now.

We had a phase of polling starting that day and all the top guys, from Chief Election Commissioner onwards, were discussing my film. I wondered how do you guys get time? When I showed the film to the nine officers, I asked them off the record Did you like the film?’ I can’t share their response but I was happy to hear it.

So why would they make such an assessment then?

There’s tremendous amount of pressure on EC. Their change in stance and abrupt behaviour suggests so. The Supreme Court states that nobody can stop you once you have a certificate from Central Board of Film Certification. Once I knew my film was being denied a release, I asked for clarity on whether my promotions can continue. I was told until May 19 you cannot. I reasoned that the Moral Code of Conduct is not applicable post elections in Mumbai and other cities. I didn’t hear back.

Talking about criticism, have you critiqued Narendra Modi in the biopic?

It’s not a documentary. I am not there to present facts. To me it’s an emotional journey, an inspirational story. You’d feel that someone from a humble background would feel intimidated that may be their education doesn’t match those of global leaders. But here he is outspoken, walking toe to toe and hobnobbing with all these international leaders, being so tech savvy, so forward.Without agendas, without opposition, without critics, without criticism, no story is complete. Any inspirational story is about how you rise above challenges, all these are there in the film.

You were one of the first actors to jump on the OTT bandwagon with Amazon Prime show Inside Edge. Tell us about season two.

I was getting bored with the work I was getting in movies. There was this opening and against all advice I jumped on to it. I remember Farhan [Akhtar], Ritesh [Sidhwani] and Karan Anshuman were vary that I wouldn’t do it because it’s a dark character. I said I have one problem with it it’s not dark enough. We collaborated and said let’s push the boundaries of Vikrant Dhawan. He ended up being an incredibly complex and intense character. The day my film releases we start shooting Inside Edge 3.

This medium is the future. It’s fascinating and liberating. There’s no censorship and stories can be structured in a way that you can’t do in cinema. You can go out and explore.