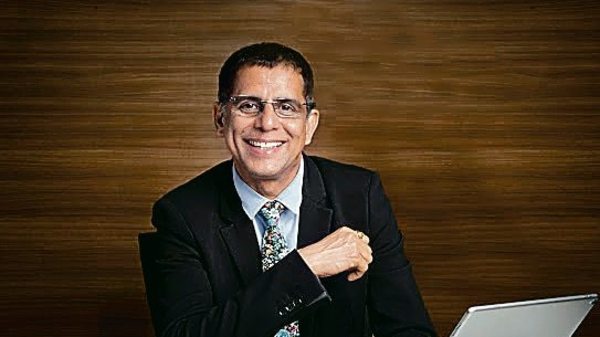 India’s largest telecom operator Vodafone Idea Ltd is going back to the drawing board to find ways for cost reduction amid a brutal tariff war that has squeezed margins.

The telco is currently “questioning" all the practices it has adopted in this market yet, chief executive officer Balesh Sharma said in a post-earnings conference call on Tuesday.

The company achieved more than half of the targeted synergies from integrating Vodafone and Idea brands and stabilized its revenue with its new minimum recharge plans, bringing net loss slightly down.

“While there is not much scope to increase (the total) merger synergy target, we realize there is substantial opportunity to bring down costs by doing things differently or by stopping to do certain things," Sharma said.

“For example, do I need to do as much rigorous customer verification given that postpaid Arpu (average revenue per user) has come down...can we do things more digitally?" he said, without revealing details of the cost optimization strategy.The focus on cost comes as the company braces for a zero interconnect usage charge (IUC) regime set to take effect on 1 January which would hit its top line. Out of Vodafone Idea’s total revenue of ₹11,775 crore in the March quarter, net income from IUC accounted for ₹400 crore.

IUC is levied by mobile networks handling incoming calls from rival networks and is a major source of revenue for Vodafone Idea and Bharti Airtel Ltd.

In September 2017, the Telecom Regulatory Authority of India (Trai) ordered an end to IUC from 1 January 2020. This means Vodafone Idea and other telecom operators would make no money for receiving calls on their networks. However, Jio would benefit as its costs would come down as more calls generate from its network than terminate on it.Simultaneously, Vodafone Idea also plans to increase focus on converting voice-only users to broadband subscribers. This is because it added 5.4 million 4G customers during the March quarter, much lower than 9.5 million that it had added in the December quarter.

Its total 4G subscriber base stands at 80.7 million, almost one-fourth of the total customer base of 334.1 million. In comparison, Jio has a 4G-only user base of 306.7 million.

“We are not investing any more in 3G and all new investment will be on 4G," Sharma said. The company has 65% 4G coverage at present, which trails rivals Jio and Airtel who have more than 90% 4G coverage.

The company had in November also launched monthly minimum recharge packs starting ₹35 to weed out inactive customers. As a result, Vodafone Idea’s customer base fell by 35.1 million in the December quarter to 387.2 million.This has now fallen further by 53.2 million to 334.1 million in the March quarter.

“The exercise (to weed out low-paying users) should be over by May," Sharma said.