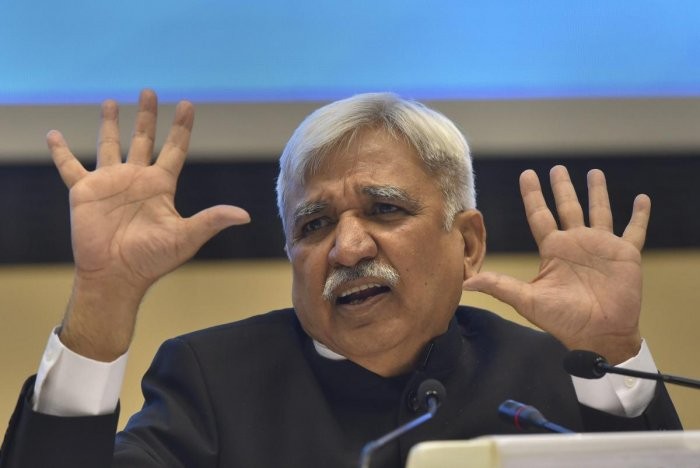 More than 900 million people will vote at one million polling booths spread across 29 states and seven union territories to elect 543 lawmakers to Lok Sabha, the Election Commission announced on Sunday, kicking off world’s largest democratic exercise that will be staggered in seven phases from April 11 to May 19. Counting of votes will take place on May 23-11 days before the term of the 16th Lok Sabha ends on June 3.

Chief election commissioner Sunil Arora announced the nearly six-week-long exercise will be manned by at least 11 million election personnel. He said that the counting of votes will take place on May 23 — 11 days before the term of the 16th Lok Sabha ends on June 3.

“The festival of democracy, elections are here,” Prime Minister Narendra Modi tweeted. “I urge my fellow Indians to enrich the 2019 Lok Sabha elections with their active participation. I hope this election witnesses a historic turnout. I particularly call upon first time voters to vote in record numbers.”

The number of eligible voters is almost four times the number of voters in the next largest democracy, the United States, and is also more than the entire population of Europe. About 84.3 million people — more than the entire population of Germany — have joined the electoral rolls since the 2014 general election, and 15 million are between the ages of 18 and 19, the election commission announced.

“The Election Commission has attempted a very comprehensive preparation for the conduct of the election,” Arora said. “The panel believes that purity of electoral roll is the foundation of fair elections.”