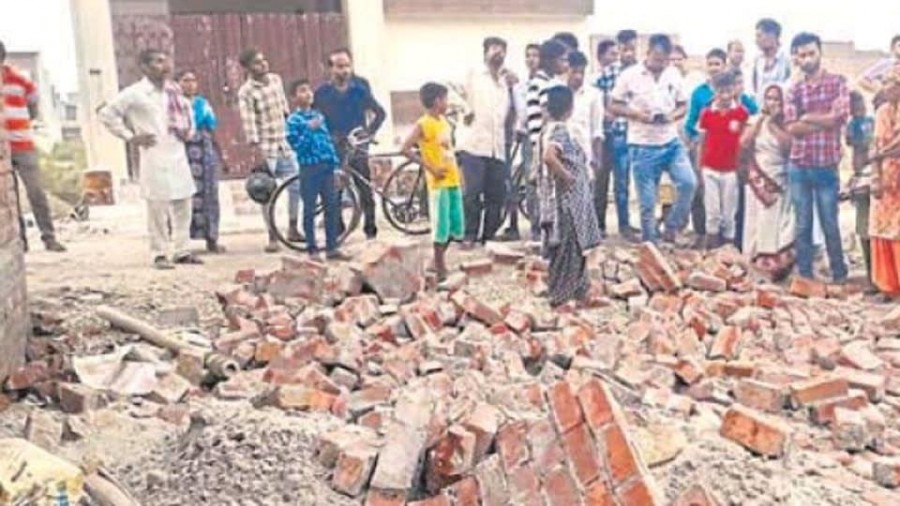 Two siblings, aged seven and four, died after a wall of an under-construction house collapsed in the Mundian area of Jamalpur in Ludhiana on Saturday.

The children had taken shelter there to take a cover from rain and dust-storm that hit the city in the evening.

The deceased were identified as Nitish Kumar and his younger sister Syali.

Their father Suresh Kumar runs a tea stall nearby. The family lives in the shop. The locals rushed to the spot and started the rescue operation.

The children, who were injured, were rushed to the hospital where doctors declared them dead on arrival.

After getting information, police reached the spot and started investigation. The bodies were sent to the civil hospital for postmortem.

Suresh Kumar said construction was underway on the second floor of the house where his kids took shelter.

Assistant sub-inspector (ASI) Surinder Kumar, incharge at Mundian police post, said they are investigating as what led to the collapse of the wall.

“The police will take appropriate action as per the findings of investigation,” he said.