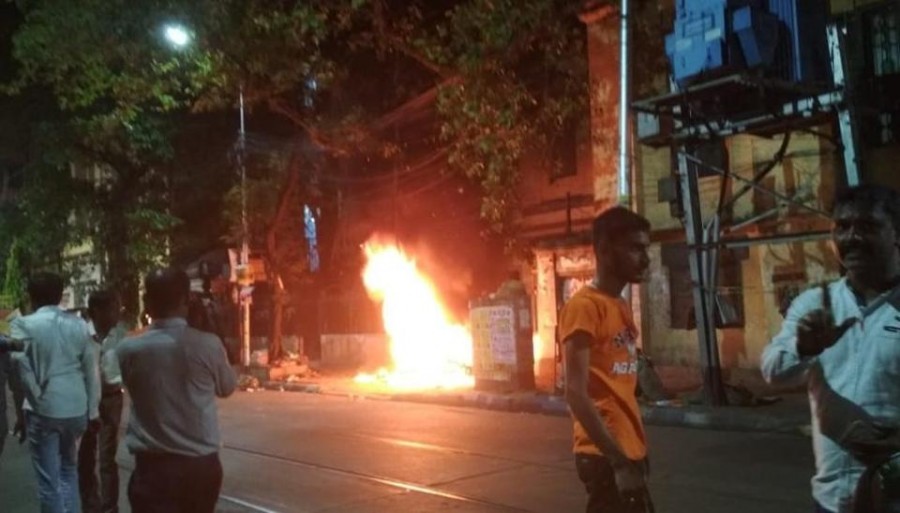 The New Indian Express : May 17, 2019, 10:43 AM
Three opposition parties, including the Congress, on Thursday approached the Election Commission over its order curtailing the time period for campaigning in West Bengal, terming it "violative" of the doctrine of level-playing field and urged the poll body to give at least half a day more for electioneering.A delegation comprising Congress' Abhishek Manu Singhvi and Ahmed Patel, TDP leader C M Ramesh and AAP's Sanjay Singh presented their stand before the EC on the issue.
The opposition parties requested for urgent and necessary review of the order prohibiting election campaigning in West Bengal after 10 pm Thursday, claiming it was violative of the doctrine of level-playing field and Article 14 of the Constitution which provides for equality before the law.
In first such action in India's electoral history, the EC on Wednesday ordered campaigning in nine West Bengal constituencies to end at 10 pm Thursday, a day before its scheduled deadline, in the wake of violence between the BJP and TMC workers in Kolkata on Tuesday.
The EC's action came a day after parts of Kolkata witnessed wide-spread violence during BJP president Amit Shah's massive road show in the city.
A bust of 19th century Bengali icon Ishwar Chandra Vidyasagar was vandalised during the violence.
In their memorandum to the poll watchdog, the opposition parties said the EC, instead of enforcing a level-playing field, has "arbitrarily" decided to cut off campaigning to the "prejudice" of all other parties.
This, in fact, benefits the BJP which has two rallies scheduled, they said, adding this order of the EC, truncating the campaign period, "fails to meet the standard of reasonableness or even of application of mind".
"We urge that this commission re-considers its decision and penalise the one who propagated the violence and violated its electoral laws in such a blatant manner.Punishing those who are innocent by taking such an arbitrary decision will result in a grotesque precedent being set," the parties said.
Singhvi told reporters outside the EC office, "I would say that if the EC considers the facts presented by us, it can allow campaign for half a day more. The final decision is in their hands. All options are open for us."
The delegation also requested the Election Commission for urgent and necessary directions to election officials to order re-polling in Domariyaganj Lok Sabha constituency in Uttar Pradesh.
They also called for various safeguards for the EVMs to ensure electoral integrity and free and fair elections.
The leaders also raised the issue of "failure" to provide security to MLA Aditi Singh in Rae Bareli.
The Congress on Wednesday condemned the attack on its Rae Bareli legislator Aditi Singh, blaming it on what it called the "hired goons of the BJP" in Uttar Pradesh.