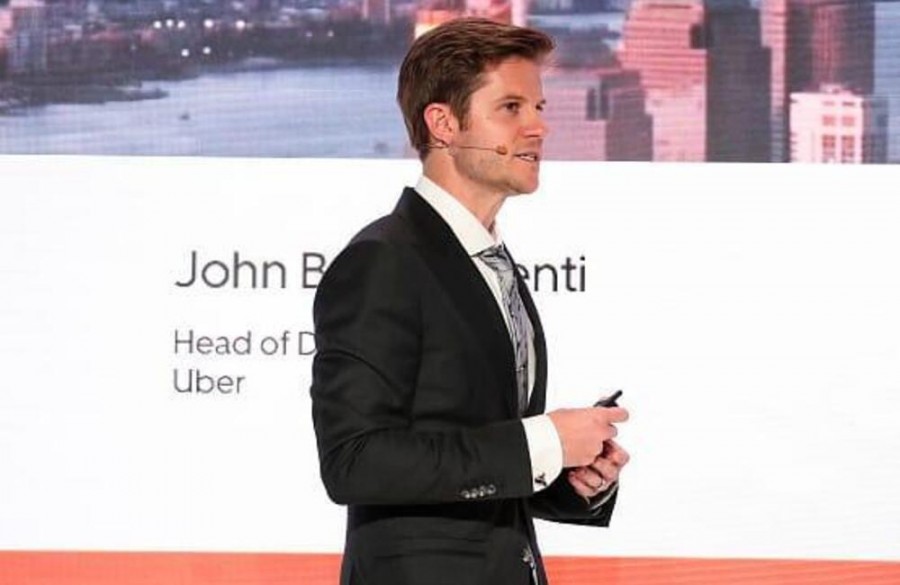 Washington DC: Flying cars are no more a thing of the future, courtesy Uber. After cabs, bikes and electric scooters, the mobility company is now looking at moving people via air. During the third-edition of the Uber Elevate summit held in Washington DC this month, the company had on display a full-scale mockup of a concept cabin interior, which looks like a cross between a helicopter and a drone, and seats four passengers along with a pilot. In an exclusive interaction, Mint caught up with John Badalamenti, the design head of Uber Elevate, to understand the idea behind Uber Air, the concept of air taxis and the company’s plans for India. Edited excerpts:

How does Uber Air look at the India market?

India is a huge market for us, with tremendous potential. The way the technology curve is going, the advancement in batteries will help us reduce costs dramatically and really help us scale quickly once we get our wings flapping in the cities we are currently committed to. The faster we get going there, the faster we can scale to other places. In my perfect world, we would want to be in India as soon as possible.

Our commercial launch in Dallas and Los Angeles is in 2023, where we are looking to have five Skyports (landing pad) each. We need to learn first. It takes time to understand how things will work and the same methodology will apply to India. Uber Air is a unique and an urban area ride-sharing network that could be a life-changer in several other markets.

Once the formal launch takes place in 2023 in Los Angeles and Dallas, how many taxis would be flying in the air?

There will be a growing number of fleet vehicles. At massive scale, some of our big cities will have many hundreds of vehicles. We are working very closely with the FAA (Federal Aviation Administration) and Nasa, as well manufacturers, and it will all come together for all these vehicles to exist.

How many passengers will a vehicle have onboard per trip?

For now, we have landed on four passenger seats, plus a pilot—but not all seats would be full during each flight. As we get more utilization out of every vehicle, it will be better because that leads to low cost for everyone. To have more than that, we would need a much larger vehicle, and it may not always make sense in the ability to get the customer as close to their personal, final destination. So, four is really the sweet spot for us based on the traffic patterns.

What kind of rides would these be? Is it mostly going to be airport rides similar to the service being launched in New York from July?

We will have a distributed network of Skyports (landing pad for the vehicles). Certainly, airports are a huge pick-up and drop-off points for riders—that will continue and we are working closely with the airports for that. But, the distributed network of Skyports means one can fly anywhere between 20 miles (32km) and 60 miles (96.5km), and be there in less than 20 minutes. This will make a lot of sense for people who are commuting two hours a day, five days a week, which can be replaced with just 15 minutes of commute a day.

How much does it cost to manufacture a flying taxi?

In the early days, when you have low production volumes and when we are creating the first generation of vehicles, it will be expensive with low multi-million dollar prototypes flying around. That said, I’ve seen some projections where (at scale) we can get the cost down to less than a million, but that’s an aggressive target.

What about the cost to a customer?

In the early days, the cost per passenger mile will be higher than what it will be eventually. For now, it will be parallel to the cost of an Uber Black, but over the years we hope it will become competitive with car ownership.