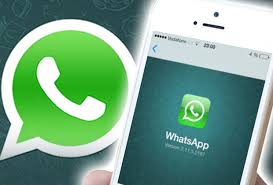 WhatsApp is set to offer the dark mode feature for Android and iOS users in the coming weeks and we’ve already seen leaks of the option running on a beta version of the platform.

This week, we’ve got our hands on more teasers of the feature, which people can expect to receive once the official roll out takes place by end of this year. We have already come across some features on the app getting tweaked to support dark mode, which according to reports will be called night mode on WhatsApp.

Night Mode is already compatible with Status and Calls sections. According to the images released, the action buttons still remain green in colour. However, reports suggest that they could become white in the final version of the update.Now, WhatsApp is implementing the feature in other sections. This week, via WABetaInfo, one can see the platform’s Contact Picker, Contact Info and Group Info section have been given the dark touch.

Since there are many sections that are still incompatible with Night Mode, there is still ambiguity around when the stable version of the update will be released.

It’s possible that WhatsApp will be ready with the final night mode version, by the time Google releases the full public version of Android Q, which supports native dark mode this year.

The upcoming flavour has been tested with dark mode available as a theme in settings and barring a few platforms, we could be looking at a full-fledged dark avatar of Android by end of this year.

Apart from the above, WhatsApp is also working on animated stickers for the application.