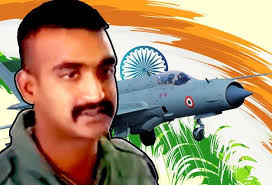 Wing Commander Abhinandan Varthaman was released by Pakistan on Friday after India mounted massive pressure on Imran Khan. There were scenes of absolute jubilation at the Attari border even before the IAF pilot had officially crossed over and once he did, people gathered erupted into a celebratory frenzy.

Security at the border was extremely tight as the Abhinandan was received on the Indian side by top Indian Air Force officials. Among the many who had gathered to welcome the valiant hero were his parents.

Pakistan Prime Minister Imran Khan had on Thursday announced that the captive pilot will be released as a gesture of peace. The 'goodwill gesture' came largely due to the position India took throughout the day to bring its pilot back home and maintained no deals would be made with Pakistan. India also slammed the neighbour nation for violating terms of the Geneva Convention by displaying vulgar images of the injured IAF personnel.