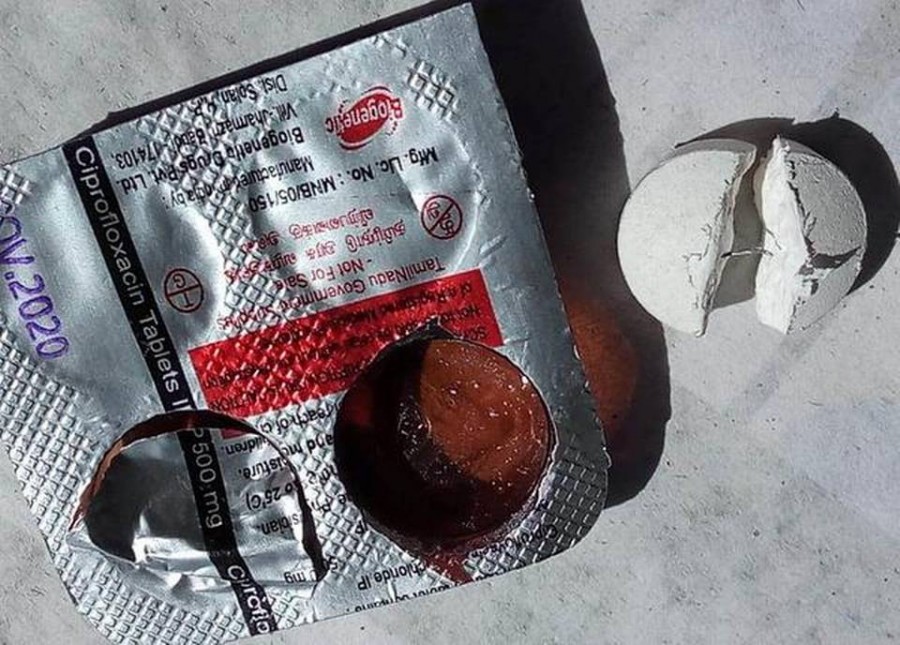 A middle-aged woman suffering diarrhoea was about to take an antibiotic tablet given at the Government Hospital at Erwadi when she was shocked to find a stapler like pin in the tablet.

Sakthi from Eranthurai village near Erwadi Dargah, who was suffering from diarrhoea, fever and vomiting visited the government hospital on Friday and was given a strip of Ciprofloxacin tablets.

As she had been vomiting for the past few days and had pain in the throat, she wanted to take the tablet in two parts and tried to break it when she found the pin in the middle.

The scared woman broke another tablet into four parts before consuming.

“I am scared of tablets now,” she said.

On being informed, Deputy Director (Public health) Dr. B. Kumaragurubaran collected the tablet with pin and the strip.

He has sent a report to the Tamil Nadu Medical Services Corporation, which supplied drugs to various government hospitals in the State with details of batch number and date of manufacturing.

The Tamil Nadu Medical Services Corporation would initiate suitable action after an enquiry, sources said. The antibiotic tablets were procured from a private company in Solan district in Himachal Pradesh.

It carried the manufacturing licence number of MNB/05/150.