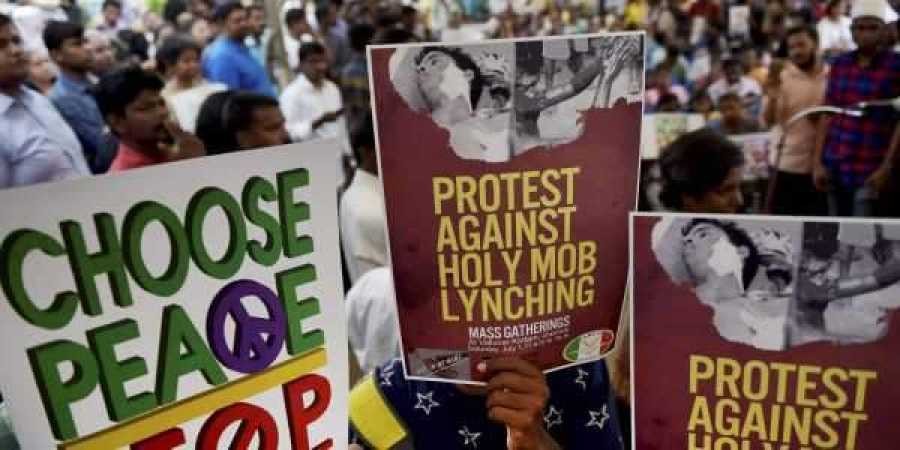 Days after the killing of a two-year-old girl fuelled tension in Uttar Pradesh's Aligarh district, a 24-year-old woman saved a Muslim family from getting attacked by a mob on Sunday, police said.

The incident occurred in Jattari area, over 40 km from here, when the family from Balabgarh, Haryana, was travelling in a van to attend an engagement. They were accompanied by a woman named Puja Chauhan, who was a close family friend, the police said.

One of the travellers, Shafi Mohammad Abbasi, said the goons on motorcycles attacked the van with iron rods.

"They would have killed us had not Puja Chauhan, who is like my daughter, stepped out of the van and came between us and the attackers," a visibly-shocked Abbasi told the media here.

The mob identified the travellers since some of the women were wearing veils, according to a complaint filed at the Civil Lines police station here.

"She boldly confronted the attackers who were all wearing saffron scarfs," Abbasi said. "Why are you venting your anger on innocent persons?" Abbasi quoted Chouhan as saying.

"She said that we are all equally shocked by the killing of the two-and-half-year-old girl." On hearing Chouhan's plea, Abbasi said one member from the mob appeared to have softened his stand.

"He quietly handed us our car keys and whispered: 'run off immediately'." The family managed to reach Aligarh, although the driver's hands got severely injured, the police said.

Congress leader and former Aligarh legislator Haji Zamirullah Khan, who accompanied the family to the police station, told reporters: "I think Puja is a role model as a citizen of our country. At a time when humane behaviour is getting rare, she stood out courageously for humanity."

The body of the girl was found in a garbage dump on June 2, three days after she was reported missing. The girl's father had alleged she was killed because he failed to repay a Rs 10,000 loan from the accused.

Four persons have been arrested in the case so far, police said.

"I am in the Opposition, but we all welcome Prime Minister Narendra Modi's initiative of 'sabka saath, sabka vishwas' (support for all, trust of all)," Khan said.

"However, those people who are whipping up communal passions on this issue are trying to derail the PM's commendable initiative." Civil Lines station officer Amit Kumar said the victims had been sent for medical examination.

Security has been strengthened all over the district following the mob attack. Senior Superintendent of Police Akash Kulhari said that the incident was an isolated one.

"We are not going to permit any person to take law in his hand. A case has been registered in this matter," the officer added.