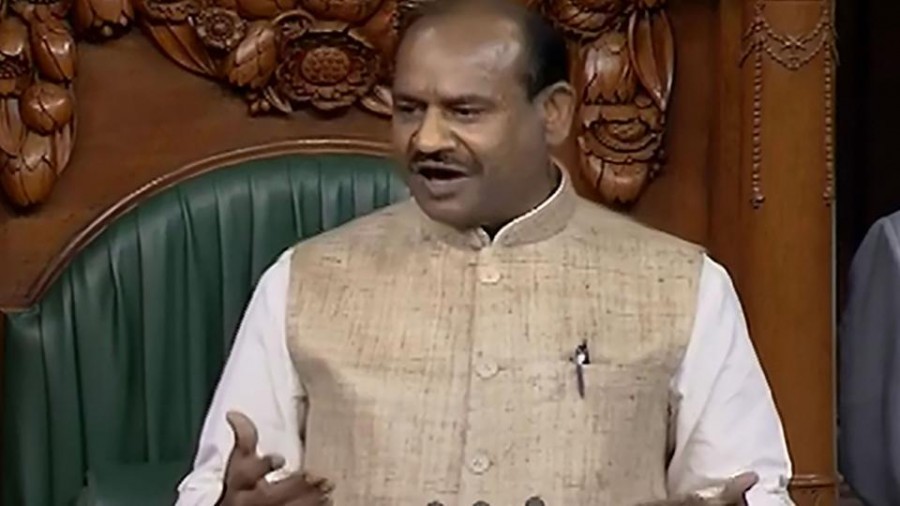 Newly elected Lok Sabha speaker Om Birla said on Wednesday that he would not allow a repeat of the chanting of religious slogans or the heckling that greeted some Opposition MPs when they were being sworn in on Tuesday.

Some Trinamool MPs responded with chants of their own in response to the slogans from the treasury benches.

“I don’t think Parliament is the place for sloganeering, for showing placards, or for coming to the well. There is a road for that where they can go and demonstrate. Whatever people want to say here, whatever allegations they have, however they want to attack the government they can, but they can’t come to the gallery and do all this,’’ Birla said after his unanimous election as speaker of the 17th Lok Sabha.

Asked if he could hold out an assurance that such heckling would never take place again, the 56-year-old speaker conceded he couldn’t. “I don’t know if it will happen again but we will try to run Parliament by the rules,’’ he said, adding, “Jai Shri Ram slogans, Jai Bharat, Vande Mataram, I said this was an old issue. During a debate, it is different. Every time, there are different circumstances. What are the circumstances is decided by the person sitting in the speaker’s chair.”

The sloganeering was mentioned by the Congress leader in the Lok Sabha, Adhir Ranjan Chowdhury, in his welcome address to the speaker on Wednesday. “I don’t think this is in the spirit of multi-party democracy,’’ he said. Responding to that remark, the new speaker said: “I am very clear on this. Parliament is a temple of democracy. This temple always functions by parliamentary rules. I have requested all parties that we should maintain the decorum of this place as much as we can. We are the largest democracy in the world, everyone looks up to us. In the same way, our parliamentary procedures should also set an example across the world.’’

Birla, a two-term MP from Kota in Rajasthan, was a surprise pick for the speaker’s post by the Bharatiya Janata Party-led National Democratic Alliance. He was elected unanimously after the Opposition decided not to field a candidate of its own.

“All parties have reposed faith in me, so it will be my duty to keep their faith.” Birla said. “Everyone has the right to express themselves, the government has to be more responsible since they have such a large majority. They should answer all questions. I have seen government always accepts demands of a debate when asked for it.’’

Will he be strict in dealing with antagonism from all quarters? “I don’t want to be strict. I want that all of us speak our mind but be bound by rules,’’ Birla said.