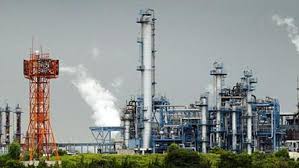 The World Bank has retained its forecast for growth in India at 7.5% in the 2019-20 fiscal and the succeeding years, but warned that re-escalation of India-Pakistan tensions arising from “military skirmishes” such as the one in February could increase uncertainty and impact investments in the region.

Continued GDP projection of 7.5% should be reason for some relief and celebration coming as it does amid ongoing efforts to fix the way India measures growth, which has come under intense scrutiny, and some distrust, after a government agency discovered serious gaps in a key government database.

In its “Global Economic Prospects: Heightened Tensions, Subdued Investment” released Tuesday, the World Bank downgraded global growth prospects by 0.3% to 2.6% for the 2019-20 fiscal “reflecting weaker-than- expected international trade and investment at the start of the year”. This will begin improving here after and growth might touch 2.8% in 2021.

India, on the other hand, will not only grow by 7.5%, but as the largest economy in South Asia, help the region post a “solid” growth. Pakistan, on the other hand, will continue the downslide and decelerate to 3.4% from 5.8% in the previous fiscal. Its economic woes have forced it to seek yet another bailout package from the International Monetary Fund, and consultations are underway on terms and conditions.

Military tensions broke out between the two South Asian neighbors in February after a terrorist attack in Pulwama by the Pakistan-based Jaish-e-Mohammad. India struck the outfit’s training facilities in Balakot in Pakistan. And Pakistan retaliated with an air raid that led to the downing of an Indian air force fighter jet.

The World Bank noted that the “military skirmishes between major South Asian countries in mid-February remained contained, and economic repercussions were minor”. But, it warned that, “a re-escalation of tensions between the two countries could increase uncertainty, depress confidence, and weigh on investment in the region”.

The Bank also cited the February “skirmishes between India and Pakistan” as a “reminder that latent geopolitical tensions can flare up at any time”, in reference to risks to regional and global economies.

“Uncertainty” about Brexit, Britain leaving the European Union, was cited among other key challenges and risks confronting India and other South Asian countries. “Uncertainty about the Brexit process poses a risk to some South Asian economies which have preferential trade agreements or generalized system of preferences with the European Union and significant exports to United Kingdom (Bangladesh, India, Pakistan, Sri Lanka),” the Bank said.

“A no-deal Brexit could have a significant impact on exports of those countries to the UK in the absence of new trade agreements,” it added.

British Prime Minister Teresa May is leaving office after failing to present a Brexit deal acceptable to the Parliament, and it’s up to her successor to find a way out of the current impasse. Another referendum to certain if Britain really wants to leave the European Union was among May’s last suggestions.