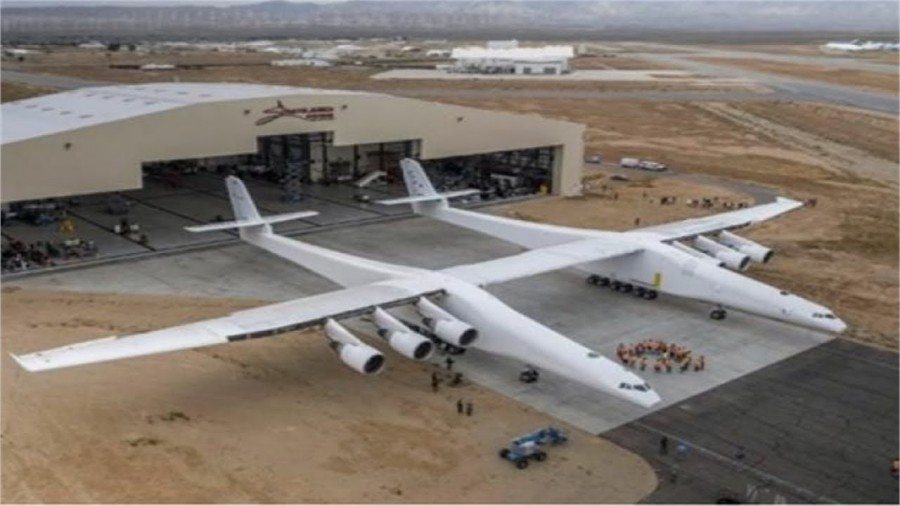 The world's largest airplane – a Stratolaunch behemoth with two fuselages and six Boeing 747 engines – has made its first test flight in California, United States.

The mega jet carried out its maiden voyage over the Mojave desert on Saturday, 13 April.

It is designed to carry into space, and drop, a rocket that would in turn ignite to deploy satellites.

It is supposed to provide a more flexible way to deploy satellites than vertical takeoff rockets because this way all you need is a long runway for takeoff.

It was built by an engineering company called Scaled Composites.