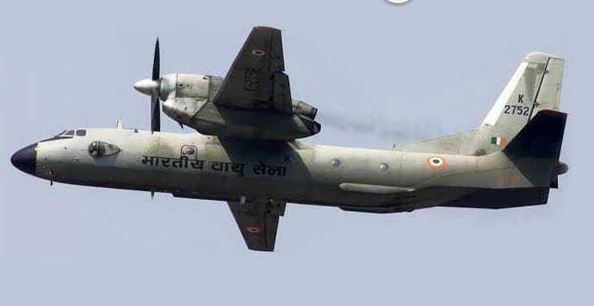 The wreckage of an An-32 aircraft that went missing with 13 on board last week has been found in Arunachal Pradesh, the Indian Air Force has confirmed. The aircraft went missing on June 3.

The wreckage has been found in Payum Circle of Siang district. It was spotted by a Mi-17 helicopter of the Indian Air Force, at a height of around 12,000 feet.

"Efforts are now continuing to establish the status of occupants and establish survivors," the Air Force tweeted.

IAF's C-130J transport aircraft, Sukhoi Su-30 fighter jets, NAVY P8-I search aircraft and a fleet of IAF and Army helicopters had been searching for the aircraft. ISRO satellites and unmanned drones were also involved in the search operations.

Teams from the Army, Navy and Indo-Tibetan Border Police (ITBP) troops, supported by night-time sensors, worked through the night. The Air Force said the search area had been expanded despite challenges posed by vegetation, inhospitable terrain and poor weather.

The plane was traveling from Jorhat in Assam to a remote military landing strip in Mechuka in Arunachal Pradesh when it vanished from the radar around 1 pm.

The Air Force deployed two Mi-17s and an Advanced Light Helicopter (ALH), the P8i -- a long-range maritime reconnaissance aircraft from Tamil Nadu - for the search.

The search was difficult because of difficult terrain and bad weather. The spot where the plane had been flying was mountainous and heavily forested; landing and take-off at Mechuka are extremely difficult. Coupled with erratic weather, the region is among the most inhospitable for air transport.

The plane's Search and Rescue Beacon had not been in production for 14 years, and no signal had been detected. This distress signal was meant to have been picked up by a satellite belonging to Cospas-Sarsat, an international satellite-aided search and rescue facility.

The An-32 is a Soviet-designed twin engine turboprop transport aircraft used extensively by the Indian Air Force for over four decades. Since it joined the IAF fleet, the rugged planes used to ferry people and air-drop supplies have undergone several rounds of upgrades.