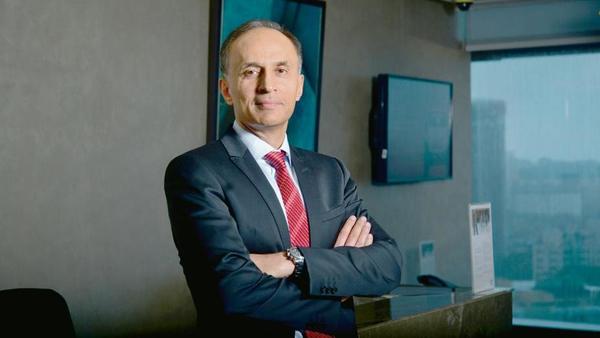 Yes Bank Ltd is considering an equity infusion from private equity (PE) funds, similar to the Bain Capital investment in Axis Bank, as the Ravneet Gill-led lender seeks to bolster its balance sheet after taking a massive hit to cover potential loan losses, two people aware of the plan said.

Tapping PE funds is expected to help Yes Bank, which reported a surprise loss in the March quarter, not just financially but also strategically as this will boost investor confidence in the struggling lender, one of the two people cited above said, requesting anonymity.

“Yes Bank’s idea to tap PE funds is similar to what Axis Bank did when it raised around $1.8 billion from Bain Capital and other investors in late 2017," the person said.

Yes Bank is also considering other fundraising options, including selling global depository receipts as well as foreign currency convertible bonds, the person said, adding that the fundraising talks are being directly led by Gill, the bank’s new managing director and chief executive.In November 2017, Axis Bank raised ₹11,625.8 crore through a private placement of shares to a clutch of investors led by PE fund Bain Capital, which individually made a commitment to invest ₹5,179 crore, acquiring a 4% stake in the bank and a right to nominate a director on the bank’s board.

A similar backing from a global PE firm could go a long way for the beleaguered lender, which reported a loss of ₹1,506 crore at the end of 31 March on account of higher provisioning against bad loans. Its gross non-performing assets (NPA) stood at 3.22% at the end of the fourth quarter, against 2.11% in the preceding quarter.The lender was further hit when rating agencies Icra and India Ratings downgraded the long-term ratings of the bank.

Yes Bank’s stock has declined by almost 23.5% since the start of the year.

An email sent to Yes Bank did not elicit a response.

While the new leadership is already working towards identifying soured assets in the bank’s books and the recent quarter saw it make a provision of ₹3,661 crore for certain troubled loans, investors are worried that other skeletons may tumble out of its closet.

“There is a concern among investors that all the troubled assets at the bank have not been laid bare. Till investors are sure of the bank’s processes, I think it would be difficult to get a good response in their capital-raising plans," Suresh Ganapathy, head of financial research at Macquarie Capital Securities Ltd, said in a recent note.Last week, the Reserve Bank of India (RBI) appointed former deputy governor R.S. Gandhi as an additional director on the board of Yes Bank for two years from 14 May 2019 to 13 May 2021. The appointment was made under subsection (1) of Section 36 AB of the Banking Regulation Act, 1949, under which RBI can appoint additional directors in the interest of the banking company or its depositors.