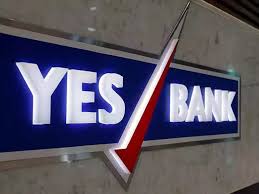 YES Bank Ltd has slipped three notches to 10th spot, in terms of market valuation, for the first time, as its shares slumped over 30% in the last two sessions after the bank reported a surprise net loss in its March quarter earnings. YES Bank is now the 10th most valued bank from seventh earlier, slipping below market valuation of state-run lenders Bank of Baroda and Punjab National Bank.

HDFC Bank Ltd is the most valued Indian bank with a market cap of ₹6.45 trillion, followed by State Bank of India and Kotak Mahindra Bank with market cap of ₹2.76 trillion and 2.71 trillion, respectively.

Data from BSE showed that Bank of Baroda (BoB) and Punjab National Bank (PNB) have a market capitalization of Rs.40348.20 crore each. Shares of BoB traded at ₹118 on BSE, down 0.7% from previous close, while those of PNB were down 0.4% at ₹86.85. So far this year, BoB has declined 2.6%, while PNB has risen 9%.Shares of YES Bank were down 3% at Rs.171.15 at 10am on Monday as rating agency ICRA downgraded its long-term ratings on the bank along with a negative outlook. Its market capitalization stood at Rs.39,673 crore.

Last week, YES Bank reported a net loss of ₹1,500 crore for Jan-Mar, led by elevated credit cost and a steep decline in non-interest income. The bank also reported a new stress book."New management will aim for full blown kitchen sinking along with realignment of its business towards more granular business with focus on retail segment. Shift in accounting policies for recognition of fee income will take a toll on medium term earnings. Indicated stressed book will keep credit cost higher. Also its immediate need on raising capital will be an overhang on the stock", said IDBI Capital in a note.

Both BoB and PNB have not announced dates for releasing March quarter earnings. However 20 Bloomberg analysts expect BoB to report a profit of ₹913 crore, while PNB is seen reporting a net profit of ₹9.96 crore.

"We expect a steady performance from PSU banks (PSBs). PSU banks have been benefitted by the recapitalization by the Govt. as well as some marginal benefit from Employee Share purchase scheme (ESPS) as well, which has been another avenue to provide PSBs with capital. As a result, allowing most PSBs to show stable operating performance and also facilitate higher provisions, thereby keeping NPAs under check", said brokerage firm Sharekhan in a 9 April note."However, hobbled with bad assets and constraints on capital, we don’t expect PSBs to be targeting too many growth avenues, which is why we believe their pricing power, and thereby margins are also likely to be tepid, keeping the outlook subdued for most of the PSBs", a Sharekhan report added.