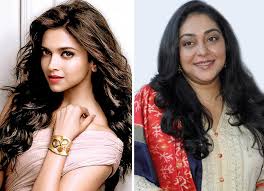 Actor Deepika Padukone is all set to be seen in a never-seen-before avatar in her next film titled Chhapaak, her debut production. The actor, who played one of the most beautiful queens that ever lived in India in her last film Padmaavat, will portray the role of acid attack survivor Laxmi Agarwal in the film. Director Meghna Gulzar has confirmed that the actor will be seen in a disfigured avatar.

Talking at Lit for Life 2019 event in Chennai, Meghna said, “You won’t be seeing Deepika, you know. You will be seeing a disfigured Deepika. There is an uncanny similarity between the survivor and Deepika.”

Deepika had announced the name of the film in December on her Instagram with the post that read “A story of trauma and triumph and the unquashable human spirit.” Vikrant Massey of Dil Dhadakne Do and TV Balika Vadhu fame will be seen as her partner in the film.

Earlier, talking to HT about Deepika playing the role, Laxmi had said, “I am so happy that Deepika is playing the role. I have no right to judge her. How can I judge someone for something which I can’t do. She has played wonderful characters on screen and I believe she will give her best.”

Deepika launched her website a month ago which opens with a heart-warming note by husband Ranveer Singh. Talking about her artistic abilities, the latter has written, “Deepika nurtures a universe within herself: of love, compassion, kindness, intelligence, beauty, grace and empathy. These qualities make her a true and authentic artiste - she’s one of the finest actors in the world. In her dealings, she is straight-shooting, sharp and fair – an absolute and thorough professional.”

Ranveer and Deepika had tied the knot in November last year at Lake Como in Italy. The private wedding was followed by three lavish receptions in India – one in Bengaluru and two in Mumbai.