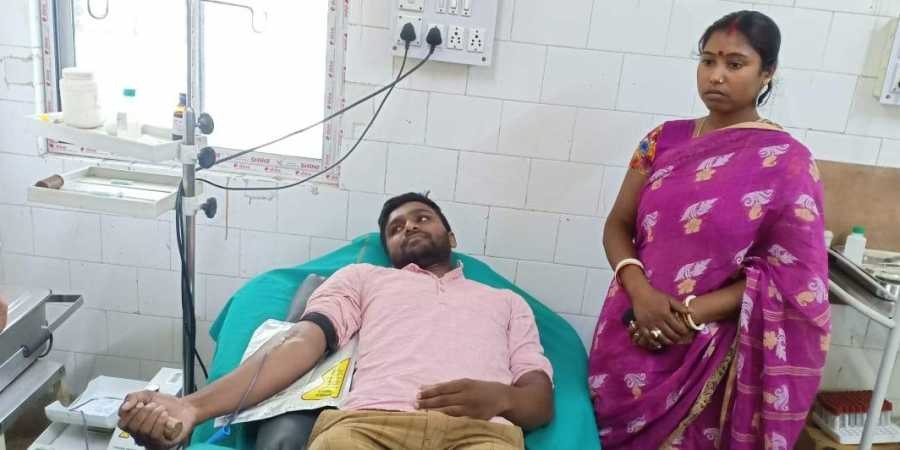 A Muslim youth broke his fast so he could donate blood to a seven-year-old girl, who is suffering from thalassemia, in Nadia district, a region in India—Bangladesh border in West Bengal, the state  that witnessed a sharp polarisation among the electors on the issue of religion in the last Lok Sabha elections.

Osman Gani Sheikh did not think twice when he received a call from the girl’s father, a stranger to him, that he was in dire need of A-positive blood but could not find any donor.

‘‘I mentioned my contact number in my Facebook profile and mentioned if anyone needs blood, he or she can contact me. The girl’s father got my number from one of his friends. I had to break my fast to save the girl’s life. I did not think twice. It is because I had to run pillar to post to collect blood for one of my relatives in 2016. Since then, I decided to donate blood,’’ said Osman, a post-graduate student of History.

Fish vendor Gautam Das’s only child Rakhi has be suffering from the disease since the past three years. He took her daughter to the district hospital in Krishnagar where doctors told him that immediate blood transfusion was required. But the father could not find blood that matches with her daughter’s blood group.

Rakhi’s mother Tapashi broke down. ‘‘A youth living in the same area where we reside contacted and informed me about Osman’s Facebook profile. He also gave his contact number,’’ said Gautam.

‘‘I received a call from an unknown person on Friday night. He was crying and requesting me to save her daughter. I assured him that I would reach the hospital next morning,’’ said Osman.

The youth in his early 20s boarded bus early on Saturday morning and arrived Krishnagar. ‘‘I was on fasting. The doctors told me I would not be allowed to donate blood. They suggested me to eat biscuits and water. I had no option left other than breaking fasting,’’ recounted Osman.

Schindranath Sarkar, the superintendent of the hospital, said the girl’s health condition would have been critical if she was not given blood immediately.

Gautam said he would never forget Osman’s help. ‘‘He assured of helping me again in future,’’ he said.

Osman is also group admin of a Whatsapp group with more than 1,000 members from all over West Bengal. ‘‘Since I had to face same plight two years ago, I formed the group to help people in distress. Me and the other members of the Whatsapp group do not entertain calls from any third person. We only respond to the patients’ family members,’’ he said.