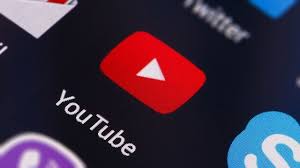 YouTube, hammered for months for fueling falsehoods online, was reeling from another flare-up involving a conspiracy theory video about the Parkland, Florida high school shooting that suggested the victims were “crisis actors.” YouTube is, a year later, even more associated with the darker parts of the web. Through its powerful artificial intelligence system, it even provides the fuel that lets it spread.

The conundrum isn’t just that videos questioning the moon landing or the efficacy of vaccines are on YouTube. The massive “library,” generated by users with little editorial oversight, is bound to have untrue nonsense. Instead, YouTube’s problem is that it allows the nonsense to flourish. And, in some cases, through its powerful artificial intelligence system, it even provides the fuel that lets it spread.

Wojcicki and her deputies know this. In recent years, scores of people inside YouTube and Google, its owner, raised concerns about the mass of false, incendiary and toxic content that the world’s largest video site surfaced and spread. One employee wanted to flag troubling videos, which fell just short of the hate speech rules, and stop recommending them to viewers. Another wanted to track these videos in a spreadsheet to chart their popularity. A third, fretful of the spread of “alt-right” video bloggers, created an internal vertical that showed just how popular they were.