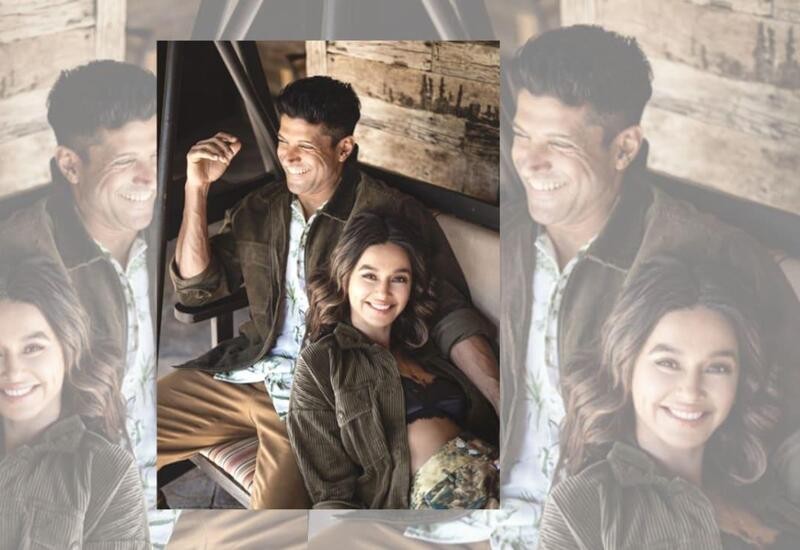 Farhan Akhtar and Shibani Dandekar have been grabbing headlines since the two announced their relationship in public. Ever since then, the couple’s PDA on social media never fails to grab our attention as the couple shares beautiful pictures of themselves. Be it their vacay pics or their valentine's day pics, the couple leaves the internet gushing over them. While there are reports of the two tying the knot soon going around, the couple is celebrating their almost 2 years of being together.

Just a few hours back, Farhan shared an adorable picture with Shibani, where we can see Farhan who is wearing a white shirt with blueprints and a dark-green jacket with brown pants is all smiles while sitting on a couch with his ladylove who is wearing a bralette and a brown coloured leather jacket with a skirt. Shibani is lying on the couch while resting on Farhan. Sharing the picture, Farhan wrote, "730 not out @shibanidandekar #partnership." Shibani too shared the same pic with the same caption on her social media account.

Meanwhile, on the work front, Farhan is working on Rakeysh Omprakash Mehra’s Toofan wherein he plays the role of a boxer. Produced by Rakeysh Omprakash, Farhan, Ritesh Sidhwani, P.S. Bharathi and Rajiv Tandon, the movie also stars Paresh Rawal, Mrunal Thakur and Isha Talwar. The film was announced on 16 January 2019 and filming started on 24 August 2019 in Dongri. It is scheduled to release on 2nd October 2020. The first look poster of the film was unveiled on 30 September 2019. There are reports of Farhan and Mrunal tying the knot post the release of the film.