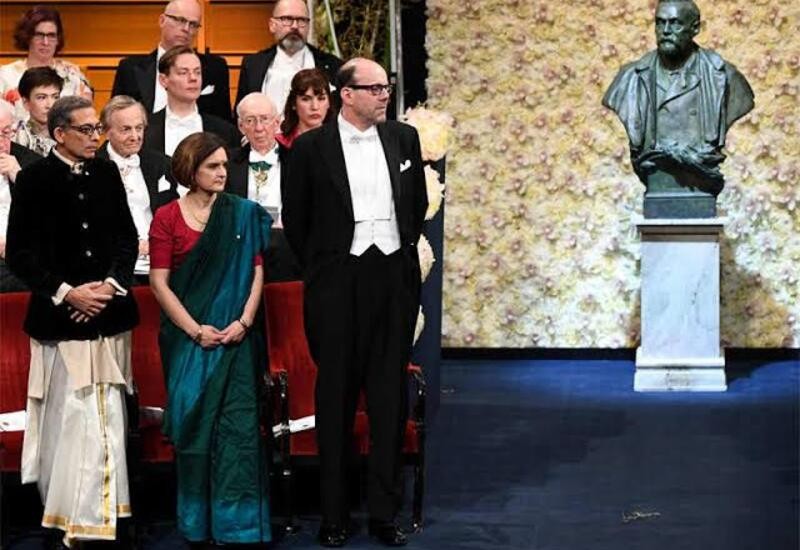 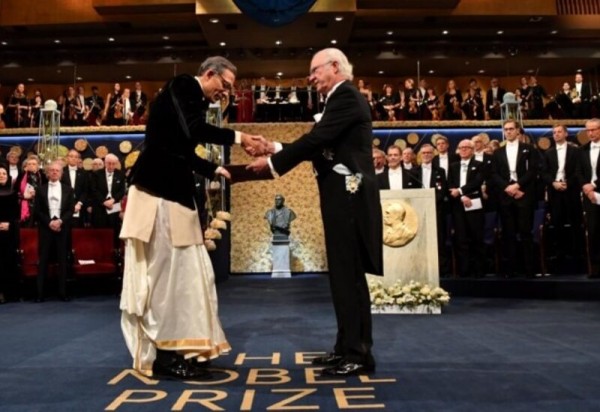 Indian-American economist Abhijit Banerjee, along with his wife and economist Esther Duflo, and fellow economist Michael Kremmer, received the Nobel Prize in Economics at a ceremony in Oslo on Wednesday.

The three were awarded the 2019 Nobel Economics Prize for their experimental approach to alleviating global poverty.

While Banerjee wore a dhoti and a bandhgala jacket (traditional Indian attire), wife Duflo chose a blue sari for the occasion. Kremmer, meanwhile, was seen in a suit as they received the prize.

They were awarded the 2019 Prize in Economic Sciences “for their experimental approach to alleviating global poverty.” pic.twitter.com/c3ltP7EXcF

Banerjee is only the second Indian to receive the Nobel Prize in economics after Amartya Sen. Born on February 21, 1961, Banerjee was educated at Presidency College, Kolkata, and New Delhi’s Jawaharlal Nehru University from where he obtained his master’s degree in economics. He completed his doctoral studies at Harvard in 1988.

The tile of this doctoral thesis is Essays in Information Economics and his fields of interest are economic development, information theory, the theory of income distribution and macroeconomics.

Banerjee taught at Harvard and Princeton before moving to the Massachusetts Institute of Technology (MIT). He is currently the Ford Foundation International Professor of Economics at MIT.

He is the author of a number of articles and four books, including Poor Economics. It won the Goldman Sachs Business Book of the Year. He is the editor of three more books and has directed two documentary films.

He also served on the UN Secretary-General’s High-level Panel of Eminent Persons on the Post-2015 Development Agenda.

Abhijit Banerjee is married to Esther Duflo and they have a child born in 2012. 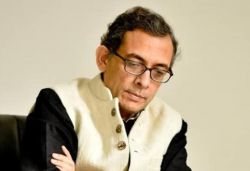 India / There should be no more corporate tax cuts: Nobel laureate Banerjee 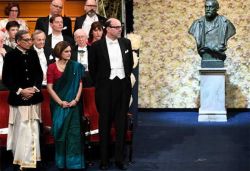 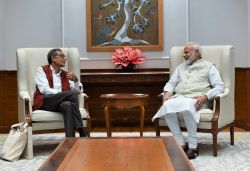 New Delhi / Govt should cut stake in state-run banks to below 50%: Abhijit Banerjee 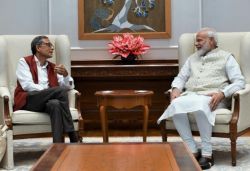