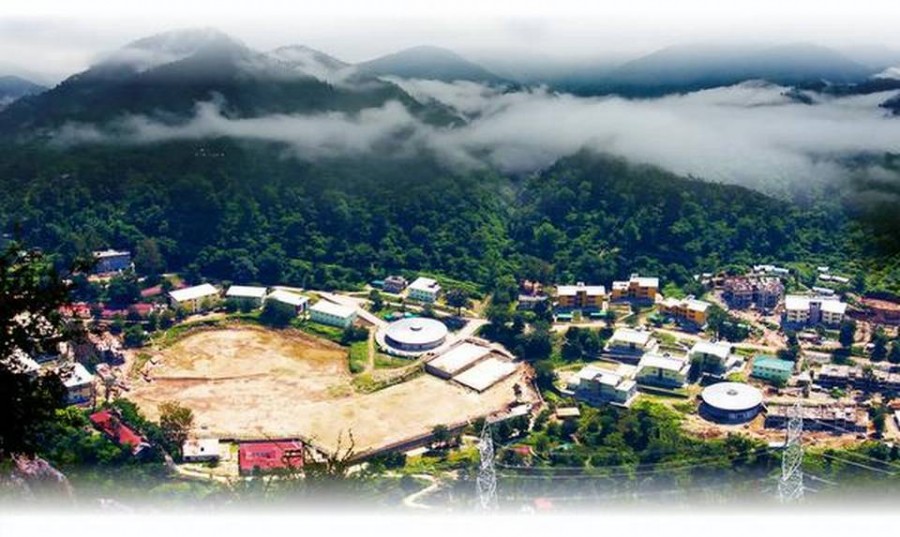 New results from IIT Mandi indicate that nanostructures made of gold embedded with silver show zero resistance to the flow of electric current through them. Interestingly, this happens at the relatively high temperatures, between 240 K and 275 K, that is, approximately between -33 degrees Celsius (minus 33 degrees C) and 2 degrees Celsius.

“The resistance fluctuated as we lowered the temperature and suddenly fell below the limit of resolution of the apparatus on cooling below a critical temperature. As we repeated the heating and cooling, this critical temperature varied between 240 K and 275 K,” says C.S. Yadav from School of Basic Sciences, IIT Mandi. This poses the interesting question of whether the group has fabricated structures that are superconducting at relatively high temperatures. A superconductor is a material that, for one, allows electricity to pass through it with zero resistance.

Though six gold-silver nanostructure samples were studied, the team was able to see such a fall in resistance only in one sample. They also did not observe the other important property of superconductors, namely, when a superconductor is cooled below the critical temperature in the presence of a magnetic field, it suddenly expels the magnetic flux from its insides below the critical temperature. This is because it turns into what is called a diamagnet at this temperature. A perfect diamagnet does not allow magnetic fields to penetrate its bulk.

The team was inspired by the work of Anshu Pandey and Dev Kumar Thapa of the Indian Institute of Science, Bengaluru, who had posted on ArXiv their observations on carefully fabricated nanostructures of silver embedded in gold. They observed a transition with resistance dipping to zero as the samples were cooled, and also a diamagnetic transition. Even as their preprint is under review, the IIT Mandi researchers bring to the public forum these observations on gold-silver nanostructures, albeit differently fabricated. “We started the work last year after the first report by Thapa et al,” says Dr Yadav.

Viswanath Balakrishnan, from the School of Engineering at IIT Mandi, who led the study along with Dr. Yadav, explains the lack of diamagnetism as follows: “Our film was of thickness approximately 55 nanometre, so back-calculating, the amount of material must be just a few micrograms. It is very unlikely this can give a good signal of diamagnetism.” He agrees that their plans include fabricating the nanostructure in bulk form: getting at least 1 square centimetre sample, get detailed characteristics and study the variations in microstructure. “The structure needs to be stabilised,” he adds.

The group also observed that the transition temperature was unaffected when they cooled the sample in very high magnetic fields, such as 14 tesla. “This is puzzling because normally the magnetic field is detrimental to the transition,” says Dr. Yadav.

As for the reason for observing zero resistance in only one sample, Dr. Viswanathan explains, “We speculate this has to do with spatial inhomogeneity and instability issues associated with the particular phase. We could not observe this in other samples of same batch.”

The reason for this, according to them, could be that microstructural and compositional distribution in the sample plays an important role in the transition. Dr. Viswanathan adds, “Nevertheless our repeated measurements on this sample did show zero resistance transition over multiple cycles which are presented in our paper.”

The researchers found that the control and stabilization of the correct phase of Au-Ag nanostructure present in thin film was the most challenging part of the work. But they are excited that their results will generate further interest in Au-Ag and other nanostructure systems in the quest of superconductivity at ambient conditions (that is, room temperature and normal pressure).

“Consistent efforts are required for the identification and stabilization of superconducting phase in these materials which will pave the way for room temperature superconductivity,” says Dr. Yadav.

While there are questions, such as difficulty in reproducibility of the microstructure, it is undeniably an interesting phenomenon that the IIT Mandi researchers have come up with.

“We did not observe room temperature superconductivity but observed zero resistance in Au-Ag thin films. In the light of recent report from IISc, our study surely provides some evidence and strengthens the need for the further exploration in these systems,” says Dr. Viswanathan.