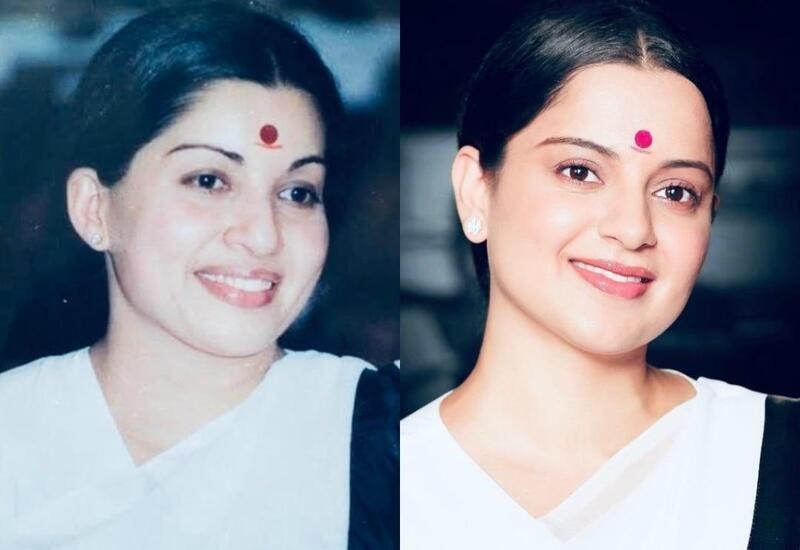 On 24 February, Rangoli Chandel took to social media to share another look of Kangana Ranaut as J Jayalalithaa in upcoming biopic Thalaivi. Unlike the previous poster of Thalaivi, this one shows Kangana in her Amma avatar sans prosthetics. She’s dressed in a plain white saree with her hair neatly tied up. Rangoli shared the look on Jayalalithaa’s birth anniversary.

While sharing the look, Rangoli wrote “Kangana in and as #Thalaivi ... without any prosthetics or any special effets Kangana looks like Jaya Amma, shocking, determination can make anything happen #Thalaivi”

Rangoli also paid a little tribute to Jayalalithaa by sharing a photo of the late Chief Minister with the caption “Today is Jaya Amma’s birth anniversary. Remembering #Thalaivi the revolutionary leader”

The similarities between this picture of Jayalalithaa and Kangana are evident.

In November 2019, the first look of Kangana as Jayalalithaa was revealed. The actor had shared her first look from the film on her Instagram page, with the caption, “The legend we know, but the story that is yet to be told! Presenting #KanganaRanaut, in & as #Thalaivi. A film by #Vijay, arriving in cinemas on 26th June, 2020.”

The makers had also released a teaser of the film ahead of her third death anniversary. She passed away on 5 December 2016.

The film is directed by Devi filmmaker AL Vijay. It is being written by KV Vijayendra Prasad, who has also penned Baahubali and Manikarnika. It is being produced by Vishnu Vardhan Induri and Shaailesh R Singh.