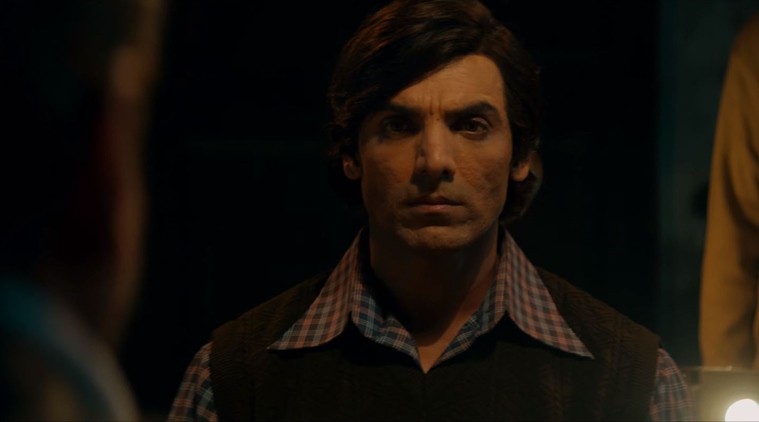 Romeo Akbar Walter follows spy clichés dutifully and drowns us in minutiae, but never feels immediate or exciting. It’s a slow film, and the spies at the qawwali are played by John Abraham and Mouni Roy. Romeo Akbar Walter is all dossier, no thrill, and it’s a dossier read aloud by Jackie Shroff. Pity, really. No point in pouring a drink so dry it forgets it wanted to be a martini.

Some details are good. Handbills on the wall advertise the once-popular Turkish television brand, Arcelik, we hear of Prakash Padukone winning badminton tournaments in Kuala Lumpur, and a radio cruelly taunts a Pakistani Colonel with a classic, happy (albeit racist) Hindi film song. This Colonel is played by a terrific Sikandar Kher, a menacing figure who gets the dialect right, credibly swallowing English syllables: “police” becomes “pulce,” “lie detector” becomes “lie tector.” Yet this is an Abraham show, and as he takes on three characters with three names, the film buckles under the effort.