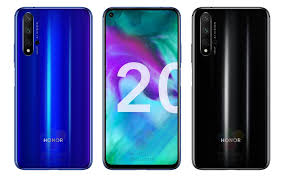 This week is going to be chock full of launch events, with multiple smartphone makers set to unveil new phones. The week starts with Xiaomi launching the Redmi Note 7S with a 48-megapixel camera on Monday, May 20. A day later, Honor is expected to launch the Honor 20 and the Honor 20 Pro flagships with quad rear cameras. This will be followed by Infinix and Oppo lifting the covers from the Infinix S4 and the Oppo K3 respectively. Here's a brief rundown of what to expect from the aforementioned phones.

Infinix S4
Following the launch of the Infinix Smart 3 Plus₹ 6,999, Infinix is all set to unveil another smartphone in India on May 21. A teaser on Flipkart teases the smartphone will sport a 32-megapixel front camera, and a drop notch, characteristics that match the Infinix S4 which had been launched in Africa recently. The Infinix S4 features a 32-megapixel front camera. It also sports triple rear cameras (13-megapixel + 8-megapixel + 2-megapixel), just like the Infinix Smart 3 Plus. The upcoming Infinix phone is also seen to sport a 6.2-inch HD+ display waterdrop notch, a rear fingerprint sensor, up to 6GB of RAM, up to 64GB of storage, while a 4,000mAh battery will keep the lights on.

Oppo K3
The Oppo K3 has been officially confirmed to launch in China on May 23. Touted to be a successor to the Oppo K1, the Oppo K3 is has been tipped to pack an in-display fingerprint sensor. The phone is also said to be powered by the Snapdragon 710 SoC paired with up to 8GB of RAM. The Oppo K3 is also shown to feature 16-megapixel pop-up selfie camera, while a China Telecom listing had tipped dual rear cameras - a 16-megapixel primary paired with a 2-megapixel depth sensor. Other specifications mentioned in the listing included up to 8GB of RAM, and VOOC 3.0 Flash Charge fast charging tech.