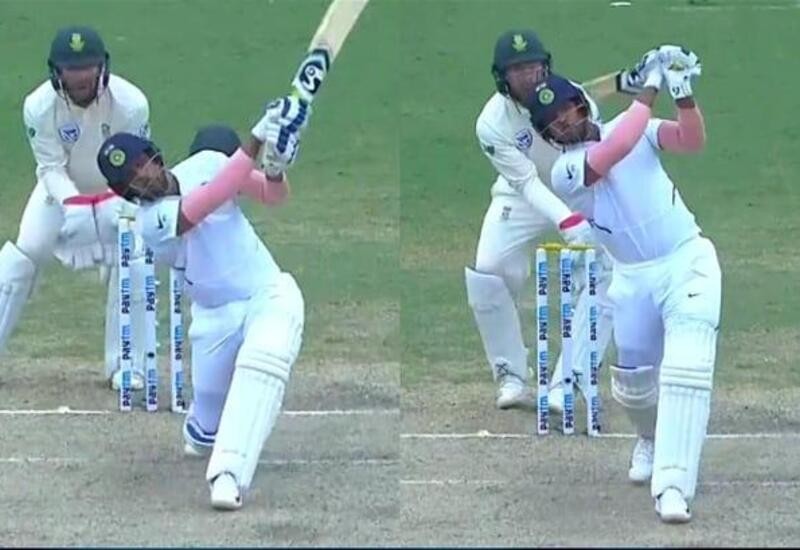 In an eventful second session, India saw their scoring rate dip and then be taken up a few notches towards the end to eventually declare on 497/9. The 140 runs in the session were primarily thanks to Ravindra Jadeja's grinding half-century, and a six-hitting binge from Umesh Yadav. South African spinner George Linde finished the innings with a four-fer, and yet the hosts never seemed to be deprived of the runs in the session.

After showing signs of nervousness while in his 190s towards the end of the morning session, Rohit Sharma began the second session with a maiden over against Lungi Ngidi. Off the quick's next over though, a trademark frontfoot pull was unfurled to go past the big milestone for the first time in his career. It appeared like he was going to go after the bowling a lot more from thereon, a strategy that lasted only until he got to 212 when he pulled a short Rabada delivery to the fine leg fielder.

India had waltzed along at nearly five-an-over in the morning session, with Ajinkya Rahane also getting a century, but once Rohit fell early into the post-Lunch session, there was a bit of conservatism to the home side's approach. The last time Ravindra Jadeja was summoned to bat, he had a tired South African attack and a declaration to bat towards, which allowed him to throw his bat at almost everything. At 306/4 though, he had to take a much measured approach and ensure the team got as close to 500. Jadeja did a great job of showing such a side to his batting, evidenced in his patient 119-ball 51 before Linde got one ball to rise up off the rough that Jadeja nicked to the keeper.

Umesh walked out with the agenda of smashing everything in sight, and did a job good enough to leave his teammates in the dressing room partly in splits and partly with their jaws on the floor. His 10 ball stay involved five sixes - four over the mid-wicket or long on region, and one impressively over extra cover when Linde bowled wide outside the off-stump. Once Umesh fell trying to go for another big hit, Mohammed Shami walked out at No. 10 and hit a couple of boundaries of his own.

With India nine down, there was room for the session to get extended by 30 minutes but Virat Kohli decided to pull the plug on the innings and declare just three short of 500 runs. 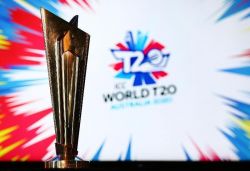 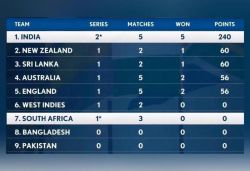 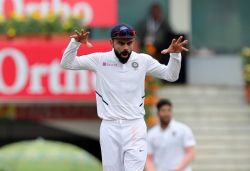 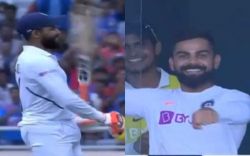 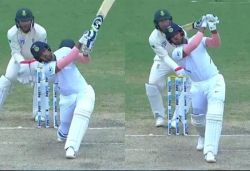