Zoom News : Sep 25, 2021, 01:01 PM
Social media is such a place, where one gets to hear such news every day, which everyone is surprised to know. By the way, there is a lot of news on the Internet. Many news comes out in such a way that people find it very difficult to believe. Anyway, these days many fake news are becoming viral on social media. In such a situation, even if any true news comes out, people can hardly believe it. Meanwhile, a very strange incident has come to the fore. In which a buffalo has saved the woman's honor from being robbed.All of you must have often seen dogs and monkeys putting their lives on the line when the owner is attacked. Here also the matter is related to domestic animal. This story is becoming increasingly viral on social media and people are reacting to this story in their own way. Even though you must be a little surprised after knowing this news, but the buffalo has done a great job by saving the honor of the woman.
According to the story which is going viral on social media, this incident is being told from Bangalore. A 30-year-old woman from Heeremarahalli village in Haveri district of Bengaluru takes the pets of the villagers for grazing. The woman had gone to the forest to graze the buffalo. Meanwhile, while grazing buffaloes in the Nilgiri bushes, the accused Basavaraj (34) and Parashuram (32) start molesting the woman forcibly on the pretext of asking for her address.
When the woman protested, both of them forcibly dragged her to the temple behind the bushes. Not only this, but both of them also tried to rob him of his honour. The woman started shouting for help. Hearing the noise, suddenly a buffalo of the woman reached there and started beating both the people with sharp horns. When both the accused saw that the buffalo was attacking them, both of them got scared very badly and it was better to leave the woman and run away after saving her life. 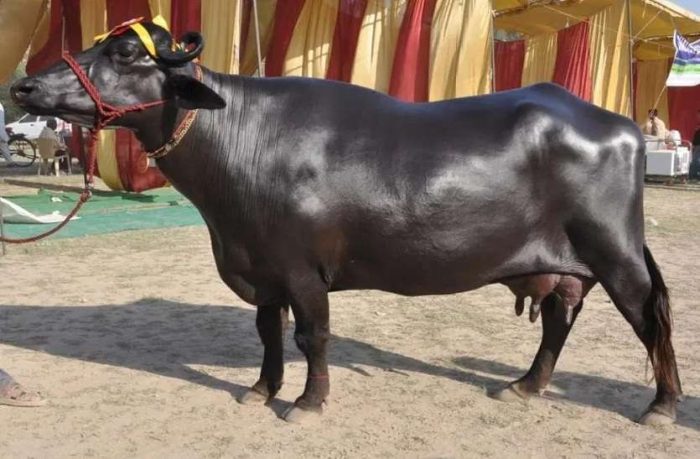 According to reports, it is being told that the woman has demanded action against both the accused by giving a complaint in the police station. Taking action on the basis of Tahrir, Savanur Rural Police has registered a case. Simultaneously, the police is searching for the accused. When the woman came back to her house after the registration of the case, she told the story of the whole incident that happened to her. It is being told that after hearing the story of the woman, the villagers gathered and took out a respect march of the buffalo.
This unique story of buffalo is becoming increasingly viral on social media. By the way, the work done by the buffalo is less appreciated than it is. People are giving their reactions fiercely on this story and everyone is not tired of praising this wonderful act of buffalo.