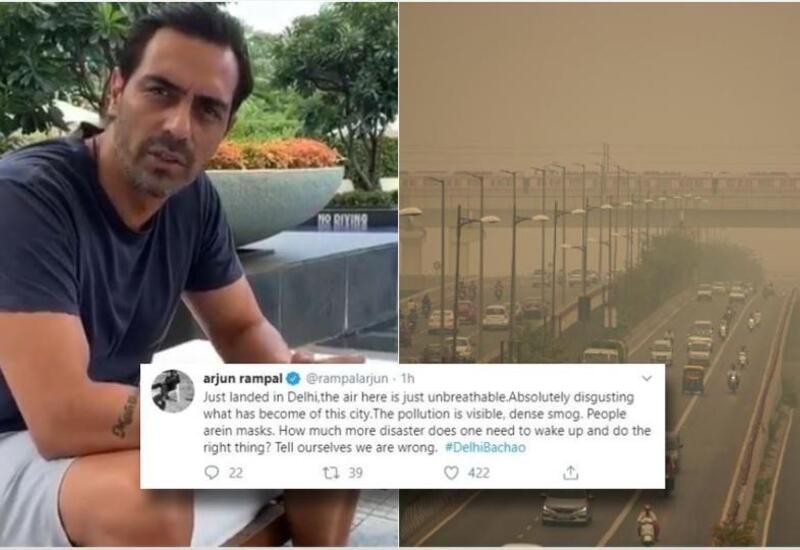 Actor Arjun Rampal says the air in Delhi has become “unbreathable” and believes it’s about time people do the right thing to save the capital city. Rampal, who arrived in Delhi on Saturday, took to Twitter to share his message.

“Just landed in Delhi, the air here is just unbreathable. Absolutely disgusting what has become of this city. The pollution is visible, dense smog. People wearing masks. How much more disaster does one need to wake up and do the right thing? Tell ourselves we are wrong. #DelhiBachao,” he tweeted. The city’s overall air quality index (AQI) stood at 407 at 10 am. It was 484 at 4 pm on Friday, according to official data.

In the National Capital Region (NCR), Ghaziabad and Greater Noida recorded AQIs of 459 and 452, respectively, at 10 am on Saturday. On Friday, they had an AQI of 496 at 4 pm, the Central Pollution Control Board (CPCB) said.

The AQI entered the ‘severe plus’ or ‘emergency’ category late Thursday night in Delhi, the first time since January this year. 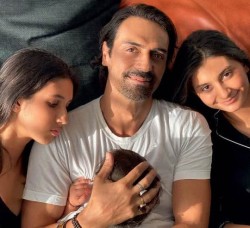 Bollywood / Arjun Rampal Along With His Kids On GQ India Cover 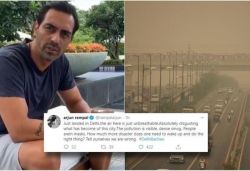