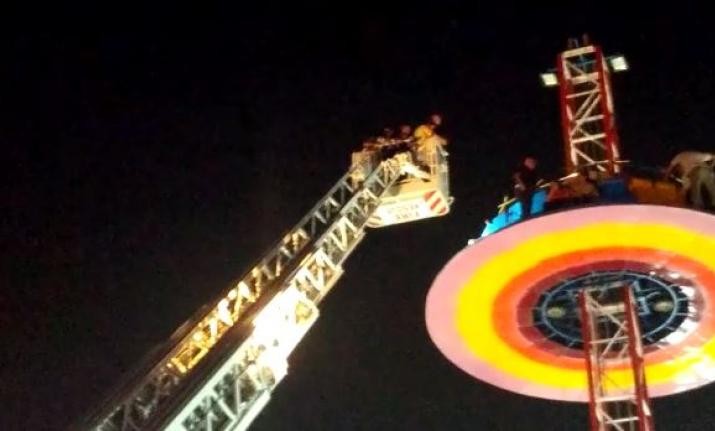 In a daring operation, the Ahmedabad Fire Brigade rescued as many as 40 people stuck in a tall merry-go-round fire at a fun fare. The incident was reported Sunday midnight.

Minutes after getting a call, the staff of the Ahmedabad Fire and Emergency Services rushed to the west end of the Sabarmati Riverfront and brought down the people stuck in the tall ride.

Fire brigade officials said they got a call from a person stuck in mid-air in the uppermost cubicle of the ride. The merry-go-round developed a technical snag when it was at its full pace.