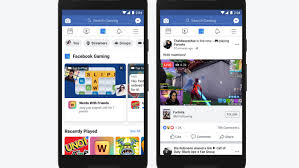 Facebook has begun the initial roll-out of a dedicated gaming tab as part of the app's main navigation. Facebook claims that over 700 million people play games, watch gaming videos or engage in gaming groups on the platform and the gaming tab will help them connect with each other, TechCrunch reported on Thursday, 14 March. The new "Facebook Gaming" tab is built on the company's experimental gaming hub, as mobile app

Facebook is continuing its tests on mobile with a standalone (rebranded) Facebook Gaming app on Android. The company is rolling out the gaming tab and intends to expand it over time to more enthusiasts across the network.