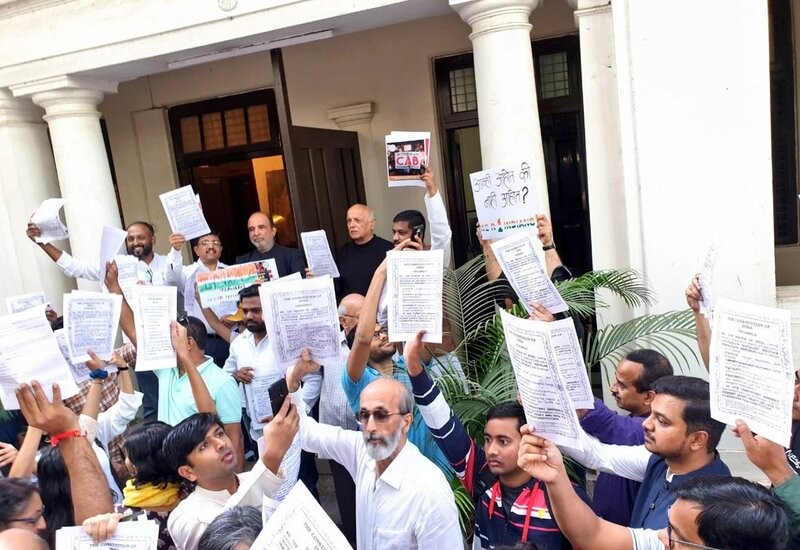 Veteran filmmaker Mahesh Bhatt on Sunday joined a protest meet here against the amended Citizenship Act, and said it is time people unite to send across a message that the country belongs to everyone.

The protest meet was held at 'Rajgruha', the house of Dr B R Ambedkar in Mumbai, where Bhatt was joined by Congress leader Sanjay Jha, among others.

"It's time for people to stand up and say this country belongs to each one of us and it is the might and the will of each one of us that has finally found an expression...," Bhatt said, addressing a gathering.

"That curve has come, India has spoken this Sunday morning. All of you gathering here is an evidence that the core, soul of India is alive," he said.

"Today we dedicate ourselves to the core idea of India which has been spelt out by our predecessors in this sacred document which we all swear and live by," the filmmaker added.

The Preamble to the Constitution of India was read out by those present at the protest meet.

The contentious Citizenship (Amendment) Bill (CAB) was approved by the Lok Sabha and the Rajya Sabha recently, and became an Act after President Ram Nath Kovind gave assent to it on Thursday night.

The Act paves the way for granting Indian citizenship to non-Muslim refugees from Pakistan, Afghanistan and Bangladesh who have migrated after facing religious persecution in their respective country.

There have been violent protests in some north-eastern states of the country and the Jamia Millia Islamia university in New Delhi against the amended Citizenship Act.