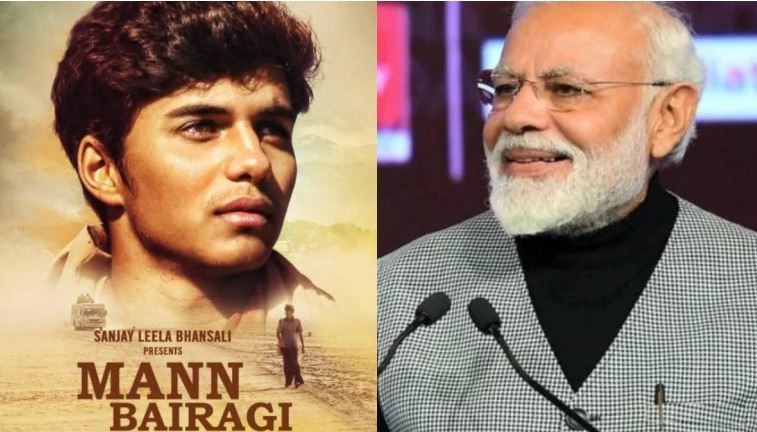 Birthday wishes for Prime Minister Narendra Modi on his 69th birthday have been pouring in since morning. But none have been half as special as that of Akshay Kumar’s and Prabhas’s, as they took to social media to announce a special feature, Mann Bairagi, based on the the defining moment of our PM's life.

Happy to present the first look of Sanjay Leela Bhansali & Mahaveer Jain’s special feature, #MannBairagi on the defining moment of our PM's life on his birthday! #HappyBirthdayPMModi @narendramodi @bhansaliproductions, wrote the Mission Mangal actor along with a poster of the feature.

Prabhas, in turn, wrote, A special film on a special person by a special filmmaker on this special day, Happy Birthday @narendramodi Sir. So happy to present the first look of Sanjay Leela Bhansali & Mahaveer Jain's 'Mann Bairagi', an untold story of our PM, directed by Ssanjay Tripaathy. @bhansaliproductions #SanjayLeelaBhansali #MahaveerJain @dhanushkraja #HappyBDayPMModi, along with the first look of the feature.

Happy to present the first look of Sanjay Leela Bhansali and Mahaveer Jain’s special feature, #MannBairagi on the defining moment of our PM's life on his birthday! #HappyBirthdayPMModi@narendramodi @PMOIndia @bhansali_produc pic.twitter.com/zWbGLScLDe

The film, that is expected to release this winter, is produced by Sanjay Leela Bhansali and Mahaveer Jain, while Ssanjay Tripaathy has written and directed it.

Viveik Oberoi’s PM Narendra Modi, that hit the screens on May 24, 2019, right after the Lok Sabha 2019 elections, is still fresh in the audience’s collective memory. So what new could this feature, which will also be based on the life of the astute politician, have to offer?

As per the makers, Mann Bairagi is based on a turning point in the Prime Minister’s life and is essentially about that defining moment in the life of any great achiever that goes on to shape them, and the world around them. What interested me in the story was its universal appeal and message. The story was very well researched and the turning point of our PM’s life, as a young man, really intrigued me. I felt that it’s a story that is unheard of and needs to be told, Sanjay Leela Bhansali told the media.

Mann Bairagi will present lesser-known facts about the Prime Minister’s life, and from the looks of it, it might be available in at least two languages. Surely Ssanjay Tripaathy’s version and approach will be very different from that of Omung Kumar’s in PM Narendra Modi, and that right there will be a treat for cinegoers.

Sanjay Leela Bhansali’s Malaal had a tepid response from the audience earlier this year. This was followed by reports of one of his much-talked about projects, Inshallah, starring Salman Khan and Alia Bhatt being shelved indefinitely. However, looks like the Padmaavat director has left all of these minor hiccups behind and is jetting ahead with this new and equally ambitious project, Mann Bairagi.

And we can’t wait to catch the trailer!