Amritsar / Modi Will Be Known for ‘Pakoda and Bhagoda Schemes’: Navjot Sidhu 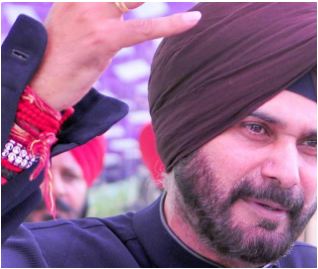 Congress leader Navjot Singh Sidhu on Wednesday, 8 May, took a dig at Prime Minister Narendra Modi, saying he will be known for his "Pakoda and Bhagoda (runaway) schemes," reported NDTV.

"Modi will be known for two schemes. One is the pakoda scheme for youngsters, the other is the bhagoda scheme," he said.

The cricketer-turned-politician slammed the ruling BJP government for running away from questions and deflecting people's attention to nationalism and national security issues for political gains.

Sidhu said, questions are asked to those who are in power as they are the ones answerable.

“Those who are not in power cannot answer questions, because they are not the ones taking decisions. But here, every time the government is questioned, it runs.”

Sidhu hit out at Modi and said, he had spent Rs 6,000 cr on his own publicity. "Prime Minister is no longer the Pradhan Mantri but is the Prachar Mantri (Publicity Minister)," he quipped, according to NDTV.

Slamming Modi for failing to create jobs in the country, Sidhu said, while Modi had promised to create 25 lakh jobs, he hasn't even managed to create 2 lakh jobs a year. The big contracts which were supposed to go to HAL and DRDO have been given to foreign firms, he said.

The Election Commission had issued a show cause notice to Sidhu for his remarks against Prime Minister Narendra Modi.

Citing a complaint by a BJP worker in Gujarat, the EC notice reproduced excerpts of his speech in which the Congress star campaigner had described the prime minister as a 'thief' while addressing an election meeting on 17 April in Ahmedabad.

The EC had last month banned Sidhu from campaigning for 72 hours for his controversial remarks which was seen in violation of the poll code.

While addressing a poll rally in Bihar's Katihar, the Punjab leader had stoked a controversy when he urged Muslim voters to vote en bloc and defeat Modi.