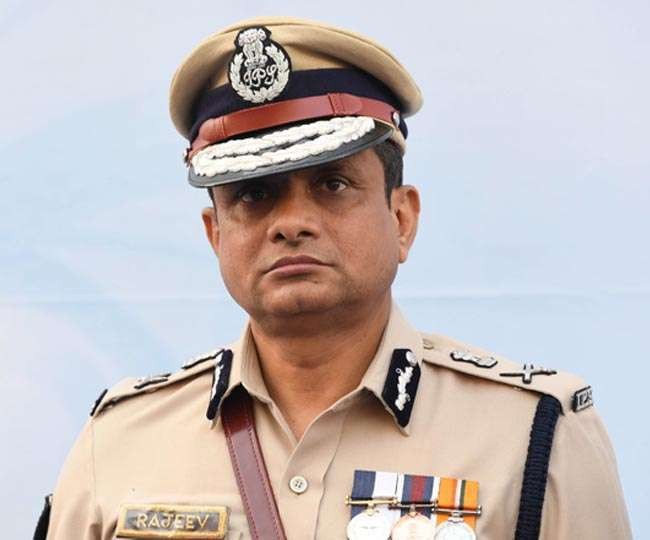 Kolkata Police Commissioner Rajeev Kumar is being grilled by the CBI in Shillong Saturday in connection with the Saradha chit funds scam case. Both Kumar and the CBI officials arrived at the central agency’s headquarters in Shillong today morning. The Meghalaya capital was chosen as the “neutral” meeting place by the Supreme Court last week.

Sources told The Indian Express that Rajeev Kumar has requested the CBI that he won’t be able to stay in Shillong for long as that would affect the police deployment decision ahead of Saraswati Puja and board exams. While Saraswati Puja is tomorrow, board exams will begin from February 12.

Accompanied by three top state police officers, Kumar reached Shillong on Friday. A ten-member team constituted by the CBI will question the top cop in connection with the central agency’s ongoing probe into chit fund cases.

Meanwhile, Trinamool leaders and supporters on Friday staged a protest outside the CBI headquarters at CGO Complex, shouting slogans against the Centre.

The CBI had accused Kolkata Police Commissioner Rajeev Kumar of being a “potential accused” in the Saradha scam case and of “destroying material evidence.” The agency moved the top court against the West Bengal government for contempt after Kumar “refused to co-operate” in the probe.

Stating that no coercive steps can be taken against Kumar, the Supreme Court ordered the IPS officer to “faithfully” appear for questioning before CBI in a neutral place. The court will hear the matter again on February 28.

West Bengal Chief Minister Mamata Banerjee who had sat on a “satyagraha” alleging “misuse of the CBI” by the central government, ended her dharna after the apex court’s verdict. Calling it a “moral victory”, Banerjee said, “I am not pleading for Rajeev Kumar, I am pleading for millions of people of this country. It is a victory of the people of Bengal. It is the victory of our forces, our democracy and our Constitution.”