Zoom News : Jul 05, 2022, 10:30 PM
Computer Anudeshak Answer Key: The answer key for the Computer Instructor Recruitment exam held on June 18 and 19 in Rajasthan has been released. The answer keys of all the four papers were released by the Rajasthan Staff Selection Board in two days. Which the candidates can see it on the website of the Staff Selection Board, rsmssb.rajasthan.gov.in. Along with this, the candidates who have appeared in the recruitment examination have objections to any question or answer. So he can register his objection online till July 8 by paying a fee of Rs 100.Selection will be done only after getting 40% marks 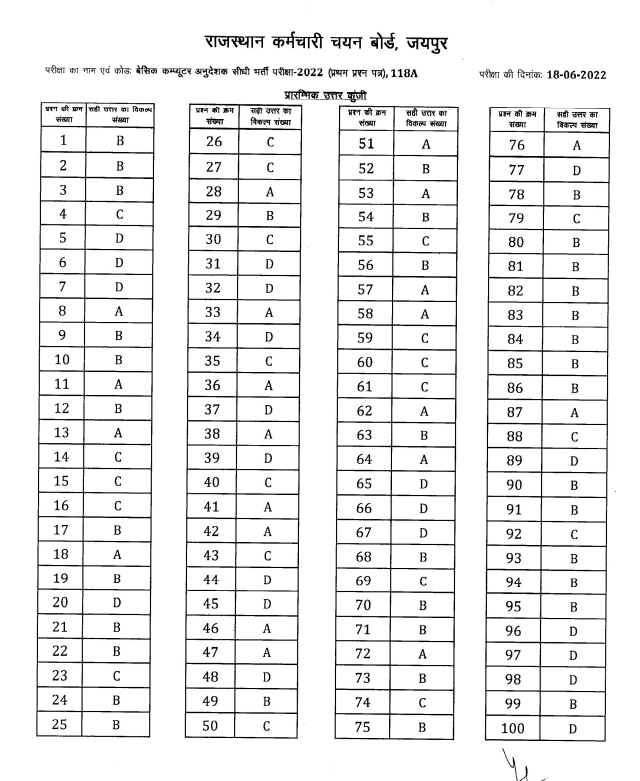 Rajasthan Staff Selection Board had issued a revised release of Computer Instructor Recruitment Examination on 30 June. Under which only candidates who have scored more than 40% marks in the recruitment examination conducted for 10,157 posts will now be selected. However, an additional relaxation of 5% will be given to the candidates belonging to SC/ST category.How will the selection be done and how much will be the salary 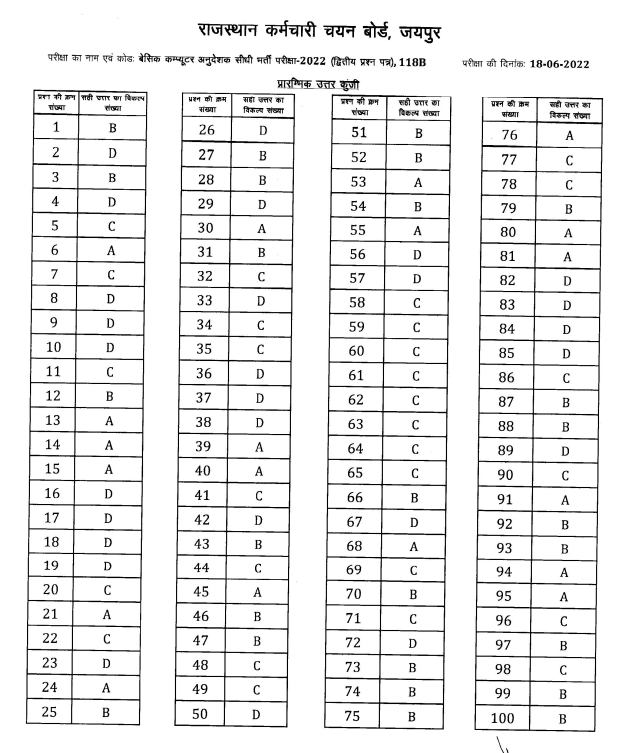 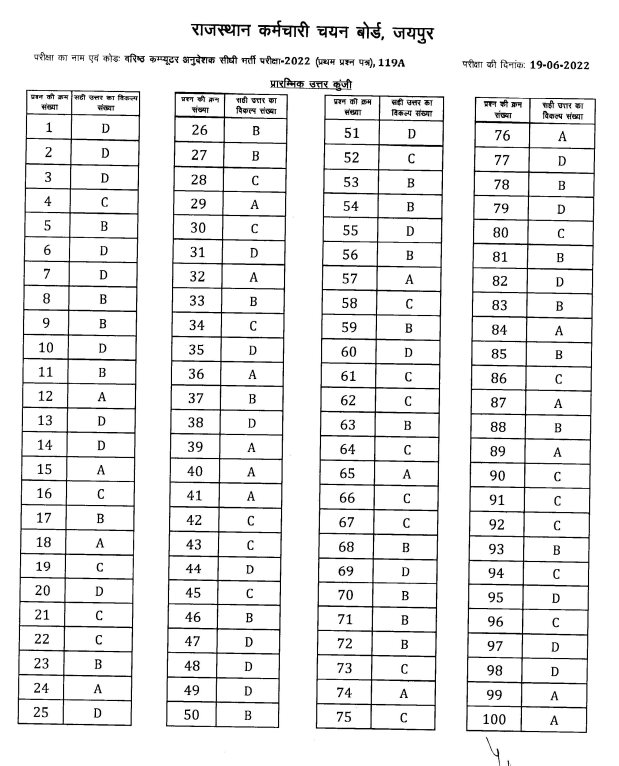 In fact, the candidates had started controversy only after the Computer Instructor Recruitment Examination held on June 18 and 19. He said that the paper of the recruitment examination was very difficult than the prescribed pattern. In such a situation, candidates should get relaxation in minimum marks. But by issuing a revised release in the Staff Selection Board, the hopes of the students have been dashed. 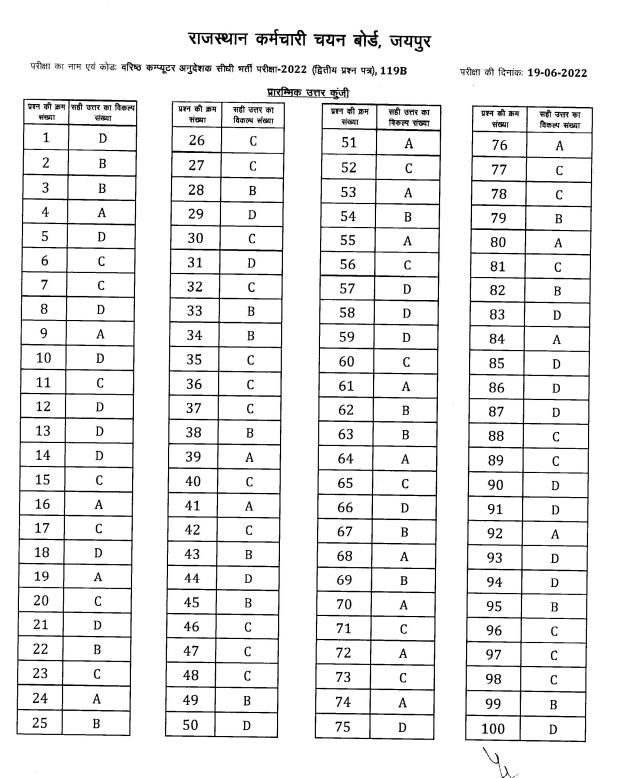