Sikkim / SKM all set to take power in Sikkim 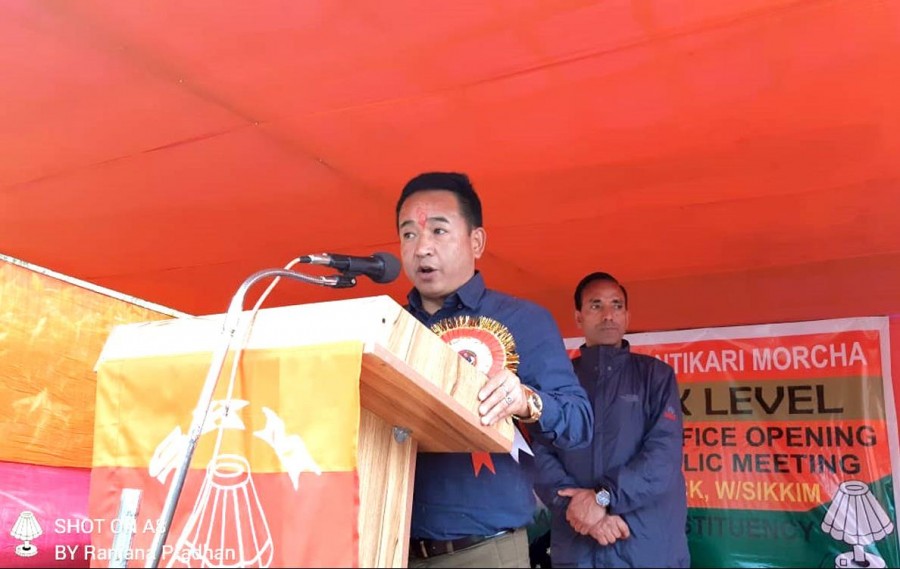 The Sikkim Krantikari Morcha (SKM), which won 17 out of the 32 Assembly seats in Sikkim, is all set to form the next government in the State but suspense remains over who will be the next Chief Minister.

“Mr Golay will be arriving in Gangok from his native village. After meeting of all the MLAs, he will meet the Governor tomorrow and stake claim to form the government,” Mr. Khaling told The Hindu on Friday.

Prem Singh Tamang (Golay), 51, who set up the SKM in 2013 after breaking away from the ruling Sikkim Democratic Front, is, however, facing a legal hurdle. He was convicted under the Prevention of Corruption Act and was acquitted only after serving a jail term in August 2018. While the SKM maintains that the case against its president was a result of “political vendetta”, his conviction can come in the way of him becoming the Chief Minister, according to experts.

Meanwhile, Pawan Chamling, the country’s longest-serving Chief Minister, accepted defeat and congratulated the SKM and its leadership for getting the public mandate this time. Mr. Chamling, who ruled Sikkim for 24 years, submitted his resignation to the State’s Governor.

An interesting feature of the Assembly polls in Sikkim was that SDF of Pawan Chamling got more votes than P.S. Golay’s SKM but won less seats. The SDF secured 47.63 % votes and ended up winning 15 seats, while the SKM, which won 17 seats, secured only 47.03 % votes. In terms of absolute numbers, SDF secured 167,620 votes about 2,012 votes more than SKM’s total votes of 165,508.