Zoom News : Sep 24, 2021, 11:01 AM
Social media is a place where one gets to hear or see some new news every day. All of you must have often heard that someone has bought land on the moon for his loved one. You must have heard such news often at one time or another. Meanwhile, a news has come out from Surat where a businessman has bought land on the moon for his 2-month-old daughter. Yes, Surat businessman has given this special gift to his 2 month old little angel. 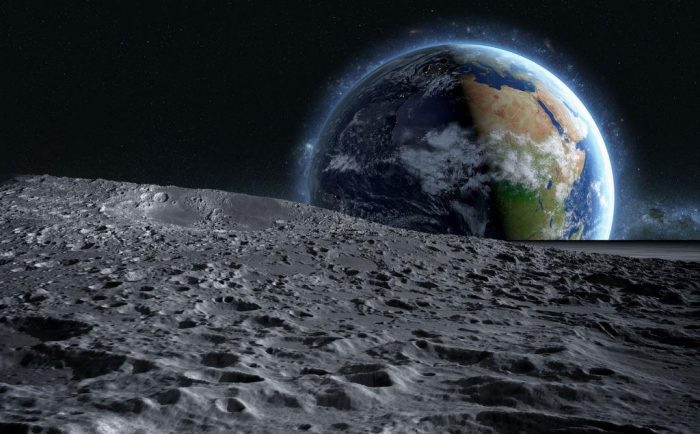 There is a lot of news on the Internet and some of those news are such news, after knowing which people are often quite surprised. According to the information received, Vijay Katheria, who lives in Sarthana area of ​​Surat, has given land on the moon as a gift to his 2-month-old daughter Nitya. Vijay Katheria is a businessman, originally from Saurashtra and currently residing in Sarthana area of ​​Surat. 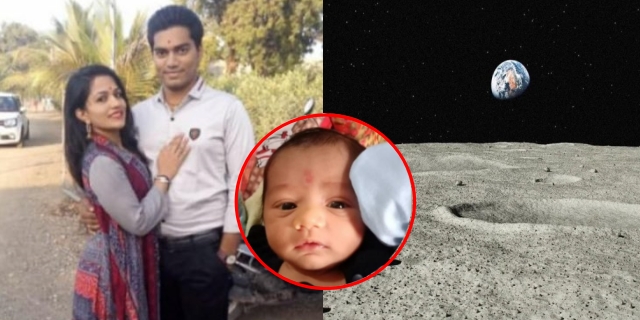 Vijay Katheria has given a very unique gift to his daughter. He sent an email to the New York International Lunar Land Registry Company to buy land on the moon. Let us tell you that recently his application has been approved by the company. According to the recorded report, he had applied online on March 13 to buy land on the moon, which was recently approved.
Let us tell you that a few months back, his daughter Nitya was born at Vijay Katheria's house. When his little angel came into his life, at the time of his birth, Vijay Katheria had thought that he would give some special gift to his daughter, then Nitya's father Vijay Katheria decided to give such a gift to his little angel but That gift was different and special than any other gift. 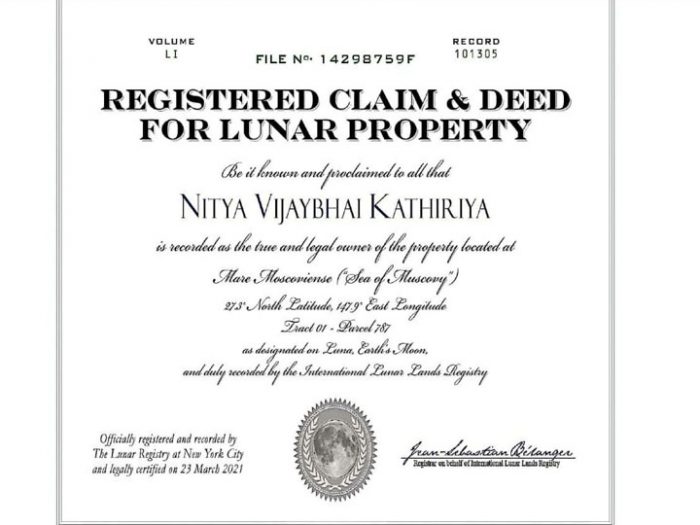 Vijay Katheria had applied online on March 13 to buy land on the moon. The application for purchase of one acre of land was accepted by the company. After this, after completing all the legal proceedings, the company also sent an email to Vijay Katheria to get the approval to buy the land and later the company sent the documents related to it.
According to reports, it is being told that Vijay Katheria is the first businessman to buy land on the moon, but Nitya is probably the youngest girl in the world, who has her own land on the moon in her name. Even though no one can bring moon for Nitya by breaking the stars, but now there can be a house named after her on the moon. However, no official announcement has been made by the company about this yet.
Let us tell you that it is often heard in media reports that someone has bought land on the moon for his wife or any loved one. At the same time, even after the suicide of Bollywood actor Sushant Singh Rajput, there were reports of the actor having land on the moon.