Congress general secretary Priyanka Gandhi on Saturday underlined how the ruling party’s ‘BJP hai toh mumkin hai’ poll slogan is ubiquitous. She then voiced it for the party workers gathered at Delhi’s Ramlila Maidan and then turned the famous slogan on its head to attack the BJP.

The Congress leader used BJP’s slogan to give the party a dressing down, saying the rise in onion prices, loss of jobs is ‘mumkin (possible)’ because of the BJP rule.

“We have to save the economy,” she said citing the economic slowdown, plummeting GDP and rising inflation.

She also criticised the government for the new citizenship law that allows fast tracking of Indian citizenship of non-Muslim refugees from Bangladesh, Pakistan and Afghanistan.

The mega rally at Delhi’s Ramlila Maidan in which the party’s top brass is participating comes days after the Congress bitterly opposed the Citizenship Amendment Bill in both house of Parliament before it was passed.

Priyanka warned that the cost of silence against the BJP government’s policies will result in the destruction of India’s constitution.

“I want to tell every citizen of this country - raise your voice. You love this country, become its voice. If we don’t raise our voice, stay back in the darkness of fear and lies even in these circumstances and stay quiet then our Constitution will be destroyed.”

The Congress leader also severely criticised the BJP for the spate of rapes in the country and mentioned the Unnao woman who died a day after she was set ablaze by her alleged rapists in Uttar Pradesh.

She accused the Uttar Pradesh police of being complacent which led to the woman’s death. 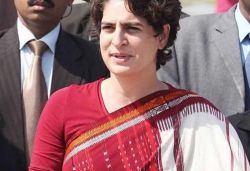 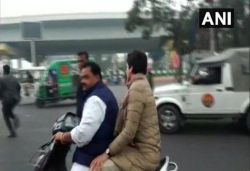 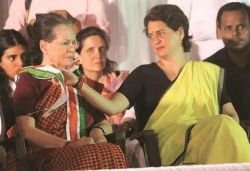 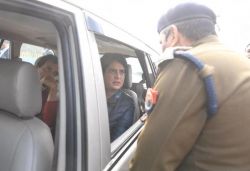