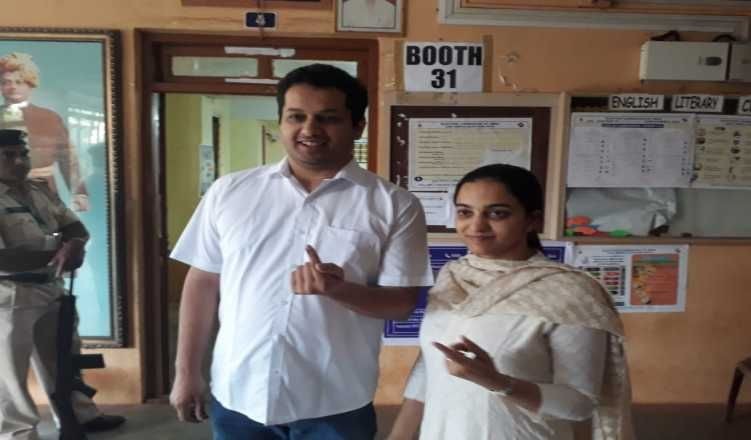 Kuncalienkar's nomination was approved after much delay by the Bharatiya Janata Party's Central Election Committee on Sunday, according to a statement issued by the committee's secretary J.P. Nadda.

Utpal Parrikar had been considered a front-runner for contesting the May 19 bypoll and his name was expected to be announced on Friday, but a public announcement by former Goa RSS chief Subhash Velingkar that he was also entering the contest, resulted in the party opting for Kuncalienkar -- who has been elected Panaji MLA twice -- instead.

A senior party official said that with the entry of Velingkar into the fray, the contest for the Panaji seat would be a difficult one, something which the party elders did not wish Utpal to face in his debut electoral stint.

Kuncalienkar, a close aide of Parrikar, was first elected MLA in 2015 soon after Parrikar joined Prime Minister Narendra Modi's cabinet as Defence Minister and resigned from the Panaji seat.

Kuncalienkar will face Atanasio Monserrate of the Congress, Valmiki Naik of the Aam Aadmi Party and Velingkar, who is contesting on a Goa Suraksha Manch ticket.