FIFA World Cup Prize Money / FIFA's prize money is 80 times more than T20 World Cup, even IPL is not around

Zoom News : Nov 19, 2022, 05:39 PM
FIFA World Cup 2022 Prize Money: FIFA World Cup 2022 is starting from 20 November in Qatar. A total of 32 teams are participating in this tournament. All the teams are divided into eight pools of four each. The group stage will be followed by the Round of 16, then the quarter-finals followed by the semi-finals and the final on December 18. This is the 22nd edition of the Football World Cup, in which a total prize money of about Rs 3.6 thousand crore will be distributed. If we compare it with T20 World Cup and IPL in cricket, then it is very much.A look at the prize money of the FIFA World CupLet us tell you that the total prize money of T20 World Cup was around Rs 45.68 crore. And the total prize money in IPL is Rs 46.5. On the other hand, if we compare it with 3.6 thousand crores of FIFA, then it is almost 80 times more than the Cricket World Cup. The amount that even those last 16 teams participating in the Football World will get is not even the total amount of these cricket tournaments. Yes, FIFA will also give Rs 74 crore to the teams that are in the last 16 i.e. from 17 to 32. 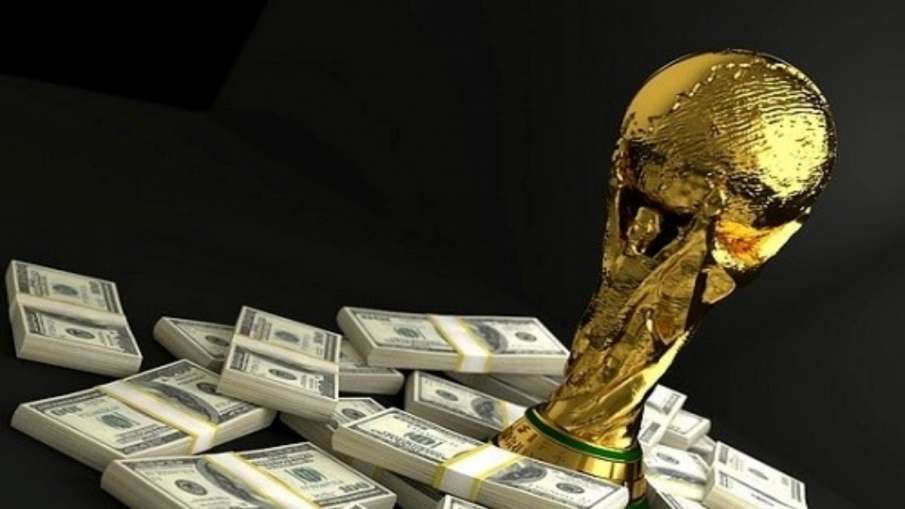 Now if we compare this prize money of FIFA with the prize money of T20 World Cup and IPL, then it will prove to be dwarf in front of it. In IPL, the champion team is given 20 crores and in T20 World Cup, the champion team is given an amount of 13 crores. You can see the rest of the FIFA statistics above. So there is a difference of more than 26 times in the prize money of the winner itself. That's why even if it is not popular in India, there is a lot of fanfare for the FIFA World Cup in European countries.

FIFA WC 2022 / From the opening ceremony of the Football World Cup to the live match, when, where and how will you be able to enjoy

Entertainment / This contestant's exit before BB 16 finale! The news of eviction increased the tension of the fans

Shehnaaz Gill / Shahnaz Gill was seen sipping tea while sitting on the cot, fans went crazy after seeing such a look

Kiara Sidharth Wedding / Siddharth and Kiara will get married not on 6 but on this day, this is the complete new schedule of the wedding