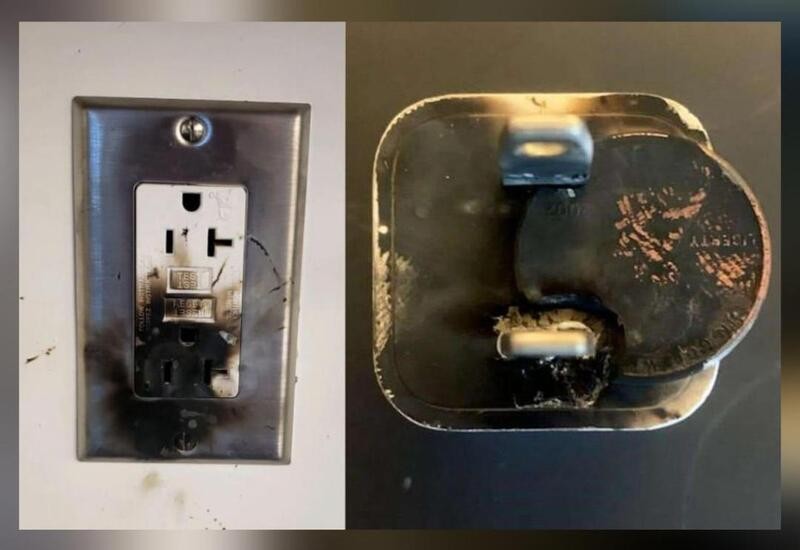 Every now and then social media dishes out all sorts of viral challenges, from funny to disgusting. This time, however, there’s a latest one on the block which no one should try. It’s dangerous and causing fire in some cases.

As a part of this viral challenge, people are partially inserting their phone charges in an electric socket. Then they are sliding down a penny in the gap remaining between the charger and the socket. The result is not just sparks or electrical damage but - at times - fires too.

Videos of people trying this challenge have flooded TikTok. Some even shared the damaged conditions of the electric sockets while lamenting that it was not a good idea to be a part of the trend.

People sharing the videos on TikTok are tagging a particular user with the handle name @ooofuss, indicating it as the origin point of the challenge.

One such video of the challenge also made its way onto YouTube and people dropped all sorts of comments. While some shared their personal experiences, many cautioned others not to try this at any cost.

“I actually did this and my parents thought I plugged it in wrong. My living room power went out so I went to the fuse power box in hopes of getting it back. It works now and nothing was damaged. Seriously don’t try this people I don’t think your parents want to go through that especially if your fuse breaks,” recalled a YouTube user.

“Safety tip kids, Sometimes old circuit breakers fail to trip and the wires in the wall will heat up to the point of setting your house on fire,” cautioned another.

Since many incidents took place in and around Massachusetts, all the fire chiefs of the area were alerted about this new hazardous challenge, reports South Coast Today.

“This video is a concern and similar to past viral videos that encourage unsafe behavior. You might reach out to local news outlets, school officials, and parent organizations. Alert them to this challenge, advise them to, not only look for signs of fire play like scorched outlets, but to have conversations about fire and electrical safety with tweens and teenagers,” Fire Marshal Peter Ostroskey told South Coast Today.

Earlier in May, 2019, another dangerous trend took over the Internet – the vacuum challenge. As a part of the challenge participant were getting stuck inside a tightly wrapped plastic bag.