The Union Cabinet on Tuesday recommended President’s rule in Maharashtra where no political party has been able to form a government after the assembly polls last month, reports news agency PTI.

The Union cabinet, chaired by Prime Minister Narendra Modi, met in Delhi to discuss the political impasse in Maharashtra and decided to recommend to the president to impose Central rule in the state. After the meeting, the prime minister left for Brazil to attend the BRICS summit.

The Cabinet decision followed intense speculation for hours that Governor Bhagar SIngh Koshiyari had recommended President’s rule in the state and an initial denial by the Raj Bhavan in Mumbai.

This Cabinet decision came even as the Nationalist Congress Party was in a huddle and the Congress top leaders were on way to Mumbai to streamline the arrangement for the government formation in the state.

The move came as the NCP legislators discussed political developments in the state and authorised party chief Sharad Pawar to take the final call after the scheduled 5pm meeting with senior Congress leaders who are flying down to Mumbai.

“Pawar Sahab will meet Congress leaders KC Venugopal, Mallkarjun Kharge and Ahmed Patel at 5 pm to have detailed discussions. The MLAs have authorised him to take the final call,” NCP leader Nawab Malik said in Mumbai after the NCP meeting.

The state has been in political turmoil since October 24 when Maharashtra assembly results were announced giving 105 seats to the BJP, 56 to Shiv Sena, 54 to NCP and 44 to the Congress in the House of 288 where the halfway mark is 145.

While the BJP and Sena fought the elections together they had trouble coming to an agreement about portfolios and about a shared Chief Minister deal with both parties hardening their positions over the issue.

Koshyari first invited the BJP to form the government on Saturday, but after the saffron party said it was not in position to show majority, he invited the Shiv Sena to form government on Sunday. The Shiv Sena, however, could not present required letters of support while staking their claim and sought more time which was disallowed.

Subsequently, Koshyari invited the NCP to form the government in the state on Monday evening giving a deadline of 8 pm Tuesday. But, even before the deadline could expire, the union Cabinet recommended President’s rule. 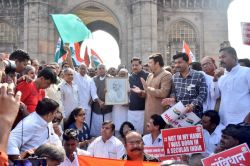 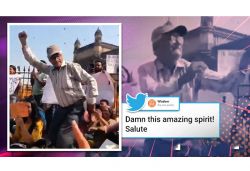 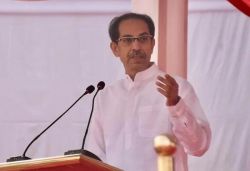 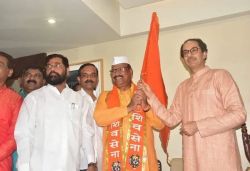