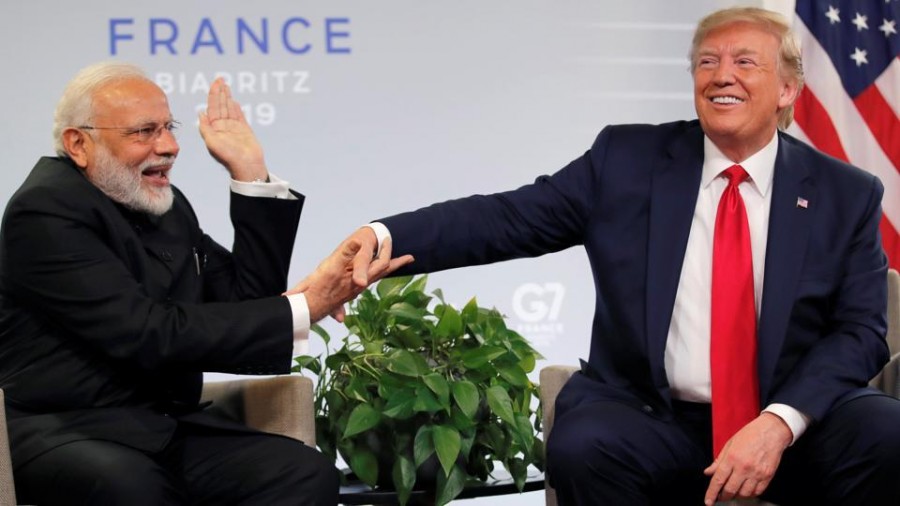 US President Donald Trump’s confirmation to join the Indian-origin community at the Houston event is a special gesture that signifies the special friendship between India and USA, said Prime Minister Narendra Modi on Monday.

In two tweets, PM Modi said he was delighted that Donald Trump would join him at the community programme in Houston, Texas on 22 September.

“The special gesture of President @realDonaldTrump to join us in Houston highlights the strength of the relationship and recognition of the contribution of the Indian community to American society and economy, #HowdyModi,” PM Modi said, responding to the White House confirming that Trump will attend PM Modi’s Indian diaspora event.

This is believed to be the first time as a US President will address a diaspora outreach event alongside a visiting foreign leader.

A special gesture by @POTUS, signifying the special friendship between India and USA!

Delighted that President @realDonaldTrump will join the community programme in Houston on the 22nd.

Looking forward to joining the Indian origin community in welcoming him at the programme.

The special gesture of President @realDonaldTrump to join us in Houston highlights the strength of the relationship and recognition of the contribution of the Indian community to American society and economy. #HowdyModi

India’s envoy to the US Harsh Vardhan Shringla has described the joint presence of the two leaders addressing the ‘Howdy Modi’ event as “historic and unprecedented”. Singla told news agency ANI that Donald Trump’s presence reflects not only the closeness and levels in the relationship between the two countries “but also the personal chemistry” between PM Modi and President Trump.

The White House had described Trump’s participation at the event as a “great opportunity to emphasize the strong ties” between the people of the two countries, the strategic partnership and discuss ways to deepen their energy and trade relationship.

This personal outreach by the American president comes at a critical stage in ties between the two countries after Pakistan sought to leverage Trump’s request for its help in Afghanistan peace talks, to seek his mediation to resolve the Kashmir dispute. Trump had agreed, and repeated his offer three times, before backing off in the face of a determined and unambiguous push back from India.

Pakistan Prime Minister Imran Khan is expected to track the Indian prime minister’s visit. Khan had, following in PM Modi’s footsteps, addressed a similar outreach for Pakistanis, at a sporting venue in Washington DC ahead of his meeting with President Trump. Khan packed the 20,000-seat venue to his credit, but the absence of US lawmakers and officials stood out in stark contrast to Modi’s that have reflected bipartisan footfall support from US political leaders such as governors, lawmakers, mayors — nearly 40 US senators and House Representatives had attended the 2014 Madison Square Garden event. 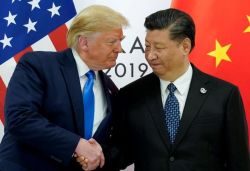 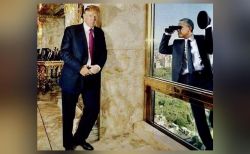 World / Trump shares photoshopped image of Obama spying on him, gets trolled