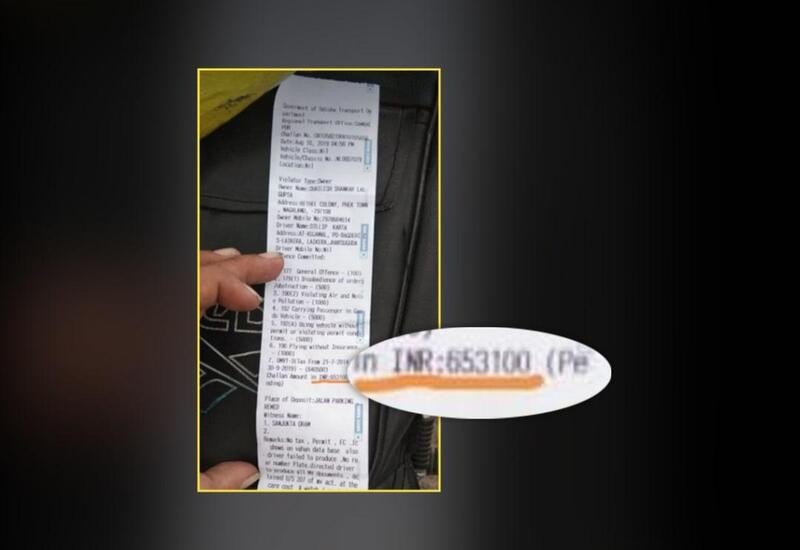 The transport authority in Odisha has slapped a penalty to the tune of ₹6,53,100 on a truck operator in Sambalpur district, which is being dubbed as the single-highest imposition in the State so far.

The amount would have been much higher had the truck operator been penalised as per the amended Motor Vehicles Act. Information about the hefty penalty, which was imposed on August 10, came to light recently.

“The truck bearing registration number of Nagaland had not paid quarterly tax since 2014. When the truck was intercepted, the driver failed to produce any document in support of the tax payment,” said Lalit Mohan Behera, Regional Transport Officer of Sambalpur.

Mr. Behera said the truck operator was found to have violated the MV Act on different counts — non-possession of pollution certificate, insurance and permit and carrying passengers in the truck.

Transport authorities had estimated the tax dues at ₹6,40,500. Penalty of ₹5,000 each was slapped for carrying passengers under Section 192 of MV Act and violating permit conditions under 191 (A).

The owner of the vehicle was identified as Sailesh Shankar Lal Gupta of Phek Town in Nagaland. “We have seized the vehicle. If the vehicle owner does not turn up to pay the penalty, the process of auction would ensue after issuance of demand notice. The prosecution would be conducted as per Odisha Public Demands Recovery Act 1962,” said Mr. Behera.

During the first week of this month, the Sambalpur RTO had imposed ₹86,000 fine on a truck driver under the amended Act. However, it was later settled at ₹70,000.

Odisha is among the few States that had aggressively implemented the amended MV Act. It had triggered discontentment among people. In Bhubaneswar, the police and general public tussled over the issue.

Subsequently, the Odisha government allowed a three-month window period during which transport authorities were asked not to go overboard in imposition of fines under the amended MV Act. 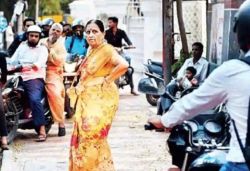 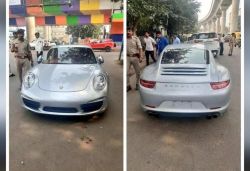 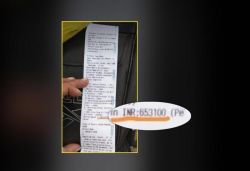