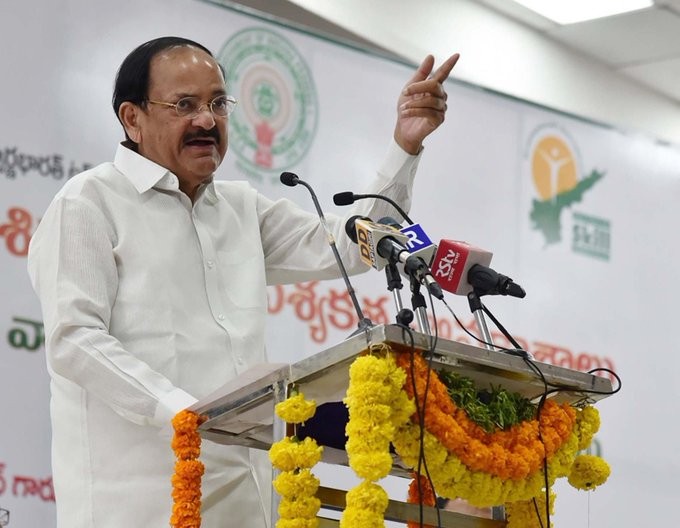 Vice President, M. Venkaiah Naidu has urged people, particularly the youth to visit various tourist destinations in the country to get acquainted with various facets of India’s culture, heritage, languages and cuisine and enhance their understanding of its unique cultural mosaic.

Speaking after releasing the book ‘Himalayan Odyssey’, the English translation of the award-winning Malayalam original - ‘Haimavathabhuvil’, written by M.P. Veerendra Kumar, Member of Parliament and Chief Managing Director of Mathrubhumi, in New Delhi today, he said that the diverse nature of various places of interest in the country, which are steeped in history, culture, mythology and heritage, provide immense opportunity to leverage the tourism potential. “One should know their country better before exploring the world”, he added.

Observing that every state has unique tourist destinations, the Vice President said “certain places give you inspiration, new thoughts and new ideas”. He wanted the youth to spend time in the lap of nature and strive to protect it. Voicing concern that the nature was showing its fury after it has been exploited by human beings for decades, he wanted people to love and live with nature. “Protect Nature and preserve culture for a better future”, he added.

The Vice President also called upon corporate bodies like CII, FICCI and ASSOCHAM to identify tourist places that are less developed and fund their development and beautification. He wanted them to supplement the efforts of Central and State Governments in making India an attractive global tourist destination.

Naidu said that wherever possible Public-Private Partnership models must be adopted to take necessary steps to give a boost to domestic tourism.

Describing tourism sector as a major engine for economic growth and for creation of employment in sectors like hospitality, transport and as a means for empowering local communities, Shri Naidu opined that there was is a great scope and need to develop tourist circuits on specific themes to attract the tourists having special interests in visiting such places.

Referring to the call given by Prime Minister, Narendra Modi, asking people to visit 15 new tourist places by 2022 to support domestic tourism, the Vice President urged students to undertake Bharat Dashan to understand the challenges faced by the nation and to device ingenious solutions to counter these problems.

Naidu complimented the government for introducing schemes such as Swadesh Darshan, National Mission for Pilgrimage Rejuvenation and Spiritual Augmentation Drive (PRASAD) and applauded the Railway Ministry for launching special pilgrimage packages to give a boost to domestic tourism. 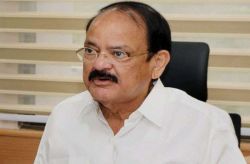 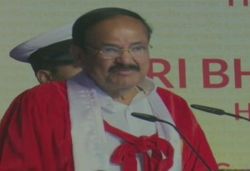 Vice president / Brought a bill after Nirbhaya, what happened? Vice Prez on new laws on rape 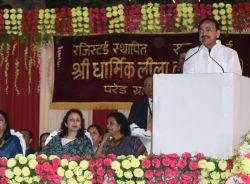 New Delhi / Dussehra was the celebration of eternal human values and morals: Naidu 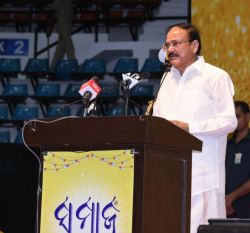 New Delhi / Poetry is a powerful catalyst to hasten the process of social transformation: Vice President