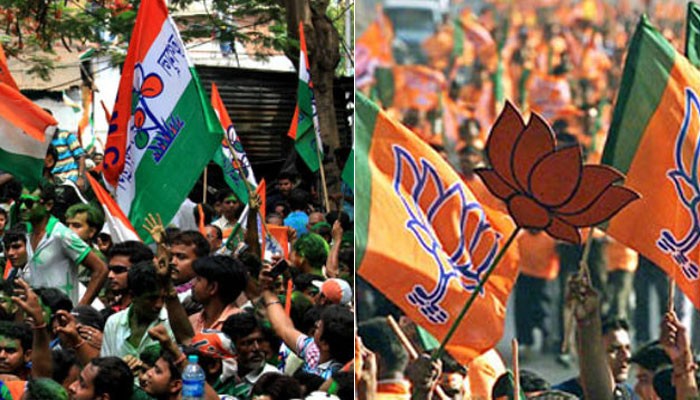 Three BJP workers suffered bullet injuries during the clash while two others were rushed to the hospital. One of the BJP workers is yet to be traced.

A shop belonging to a BJP worker has also been torched in the area. The BJP alleged it’s TMC handiwork. However, TMC ruled out the allegations.

Following the incident, tension has prevailed in the area.

Violence marred all seven rounds of Lok Sabha election in West Bengal. Several clashes erupted between the TMC and BJP workers across the state.

In the wake of violence between the two parties in Kolkata, the campaigning in the seventh phase had ended a day ahead of its scheduled time on Election Commission's order in West Bengal. Parts of the city had witnessed widespread violence during BJP president Amit Shah's roadshow. Also, a bust of 19th century Bengali icon Ishwarchandra Vidyasagar was vandalised during the violence.