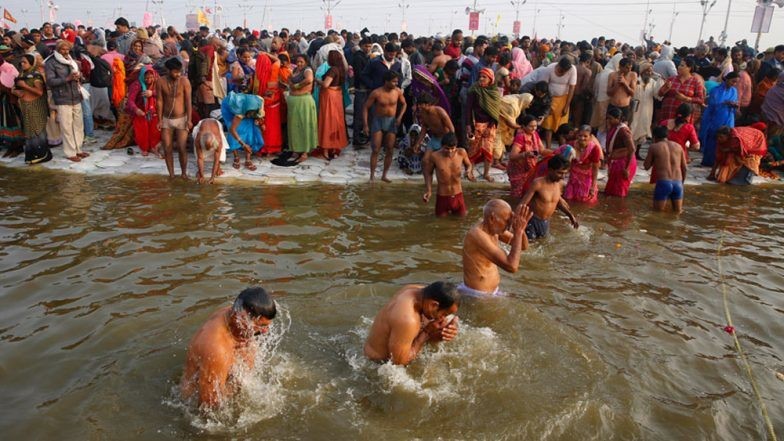 Anand said in view of excessive crowd in the mela area, entry to Akshayvat and Saraswati Koop located inside Akbar’s Fort would not be allowed on Monday and Tuesday.

Deputy inspector general (Kumbh Mela) KP Singh said adequate security arrangements had been made and regular monitoring of crowd was being done through the Integrated Control and Command Centre (ICCC).

“We have stopped the entry of four-wheelers in mela area and the ban will remain effective till Tuesday. Tight security is in place for smooth conduct of bathing,” he added.

He said officials concerned had been directed to ensure that all vehicles were parked in parking areas only.

According to reports made available by the district information office, about 1 crore devotees had taken a dip in Sangam till February 2 while the count till 5 pm on February 3 had touched 91 lakh.

District magistrate Suhas LY said, “Continuous monitoring of crowd is being done and a team of senior officials has been deployed at all entry points on the periphery of the district for smooth movement of traffic.”

According to officials, heavy vehicles ferrying devotees from different parts of the country were being parked at parking areas created at over two dozen spots within the city limits as well as on various highways.