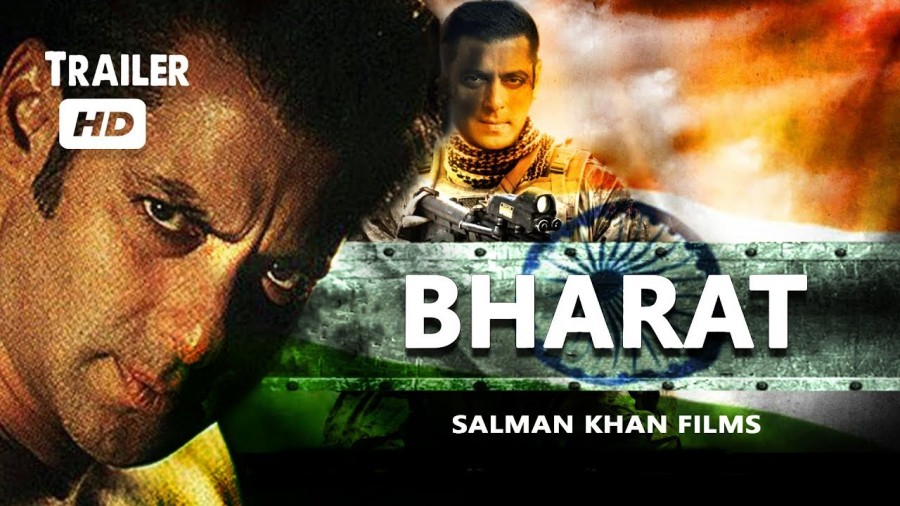 The Bharat teaser shows a steam locomotive as people pile up on it in a bid to go to the other side. The scene is that of India’s Partition, the country’s difficult birth. We see a child (a young Saman Khan) stranded during Partition before he is seen as a naval officer standing on a ship.

His entry in a white costume on a bike, with his reel name in the place of the number plate, as he rides straight through the blazing ring of fire is all that his fans have been waiting for. The scene guarantees whistles in the movie theatres as Salman introduces his character and why he is called ‘Bharat’. He goes on to explain why the name is too grand to require the use of a surname depicting his caste, religion or nationality.

The impressive trailer also shares a glimpse of his various looks in the film. Directed by Ali Abbas Zafar, Bharat is the big Eid release of the year. The teaser doesn’t share the look of the other star cast including Katrina Kaif, Disha Patani, Sunil Grover. The film shows Salman Khan over a span of decades and the CGI that has been used to show his various looks is obvious.

Bharat teaser reveals a question Salman Khan has been asked often of late -- why is he called Bharat in, well, Bharat. As the teaser was revealed a day before Republic Day, it begins from the beginning -- India’s beginning.