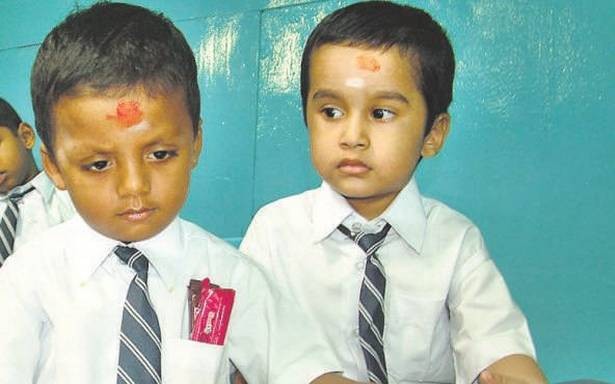 The Centre went into damage control mode on Sunday, with senior Cabinet Ministers of Tamil origin taking to Twitter to allay concerns about the draft National Education Policy’s recommendation regarding the three-language formula and mandatory Hindi teaching in schools, which has sparked outrage across the political spectrum in Tamil Nadu.

The draft policy will only be implemented after public hearings, said a tweet written in Tamil by Finance Minister Nirmala Sitharaman. The Central government will support the development of ancient Tamil, she added.

The new External Affairs Minister S. Jaishankar tweeted a similar message on Sunday evening, in both English and Tamil. “The National Education Policy as submitted to the Minister HRD is only a draft report. Feedback shall be obtained from general public. State governments will be consulted. Only after this the draft report will be finalised,” said the tweet. “GoI respects all languages. No language shall be imposed.”

The tweets by the two Ministers — neither of whom deals with education issues — seems to be part of the Centre’s effort to calm the storm provoked in Tamil Nadu by the draft NEP. Current and former Human Resource Development Ministers also tweeted a similar reassurance.

While all Tamil Nadu opposition parties including the DMK, Congress, MDMK, Left parties and Kamal Hassan’s Makkal Needhi Maiyyam blasted the draft policy’s recommendations, the ruling AIADMK — which is allied to the NDA government at the Centre — insisted that it would not dilute the State’s two-language formula which does not mandate the teaching of Hindi.

The protests may be spreading beyond the State; in Kolkata, hundreds of activists associated with the Bangla Pokkho civil society group took to the streets shouting slogans against the “unfair imposition of Hindi” and burning the pages of the draft policy.

The draft NEP outlines an ambitious agenda with regard to language teaching, calling for all students from pre-school or Class 1 onwards to be exposed to three or more languages, with the medium of instruction until Class 5 to be the child’s mother tongue or home language.

From Class 6 onwards, there can be greater flexibility in the choice of languages, “so long as the study of three languages by students in the Hindi-speaking States would continue to include Hindi and English and one of the modern Indian languages from other parts of India, while the study of languages by students in the non-Hindi-speaking States would include the regional language, Hindi and English,” according to the draft policy.

It adds: “A multilingual India is better educated and also better nationally integrated.”

“There are scientific studies showing that basic education should be given in the mother tongue,” Mazhar Asif, a professor at the School of Language, Literature and Culture Studies, told The Hindu.

Dr. Asif’s “critical knowledge of the issues of development of classical and modern languages, were central to defining a comprehensive policy in this area,” according to the draft NEP’s introduction.

“For the last 70 years, we have followed the same [linguistic] education policy. Let us now see how we can create a situation where every person can study in the language that he dreams in, and an atmosphere where all people in India can understand one common language,” he said.

He does not believe that this one common language should be English. “…since Independence, the economic elite of India have adopted English as their language; only about 15% of the country speaks English, and this population almost entirely coincides with the economic elite (compared with, e.g. 54% of Indians who speak Hindi),” says the draft NEP.